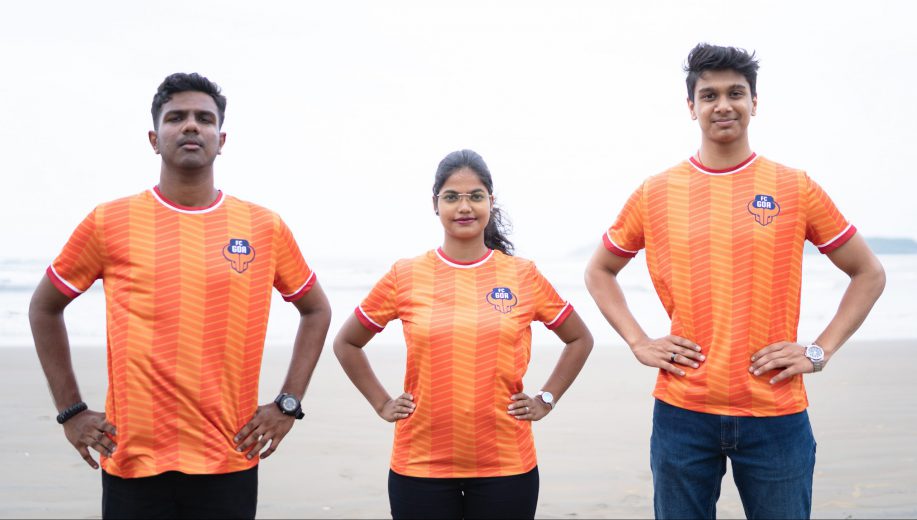 FC Goa dedicates their official home jersey for the 2022-23 season to the fans of the Club, who finally have the opportunity to return to the stadium to watch their favourite stars at the Pandit Jawaharlal Nehru Stadium in Fatorda.

The FC Goa home jersey for the 2022-23 season predominantly features a striped pattern of two different shades of the Club’s famous bright orange. A series of wavy lines of a lighter shade runs across the stripes, forming a secondary pattern.

This wavy pattern is symbolic of the fans, who form an Ocean of Orange every time the team takes to the field at Fatorda. Football and the waves of the ocean are intrinsic parts of the fabric of the Goan society and the jersey is a representation of the same.

As the stars of FC Goa don the new home jersey, they will be representing the whole of Goa in their quest for success and silverware. To complete a classy look, the collar and sleeves of the FC Goa 2022-2023 home jersey also feature trim in red and white.

A deeper meaning behind the jersey

The 2022-23 season is one of great importance to Indian football, as fans will return to the stands for the first time since COVID-19 first struck the country over two years ago. In a bid to minimize the damages caused by the virus, the last two editions of the Hero Indian Super League – 2020-21 and 2021-22 – were held completely behind closed doors with the teams having to follow strict safety regulations within bio-bubbles.

All of that will change this time around, as the country has since moved on to a state of normalcy. With the Gaurs’ faithful looking forward to turning up to their favorite team’s matches in large numbers, FC Goa have also acknowledged their presence in their new home jersey.

“We feel excited about playing in front of our fans once again. They have been with us through thick and thin and have always been our biggest source of motivation. The last time we played with fans cheering us from the sidelines, we won the Hero ISL Shield. Their support was an important reason for us lifting the Durand Cup as well, last year in Kolkata,” Brandon Fernandes, the captain of FC Goa said.

“It feels nice to know that we have included an aspect of the fans in our new home shirts. The pattern looks good, of course, but it has also given the shirt an even greater meaning. Every time we wear the shirt, we will now be reminded of their presence and support as we look to challenge for the Hero ISL Trophy,” he added.

The FC Goa home jersey for the 2022-23 season will soon be available for purchase at shop.fcgoa.in.