“Don’t get nervous and give your 100%”: Ranjeet’s advice to his teammates 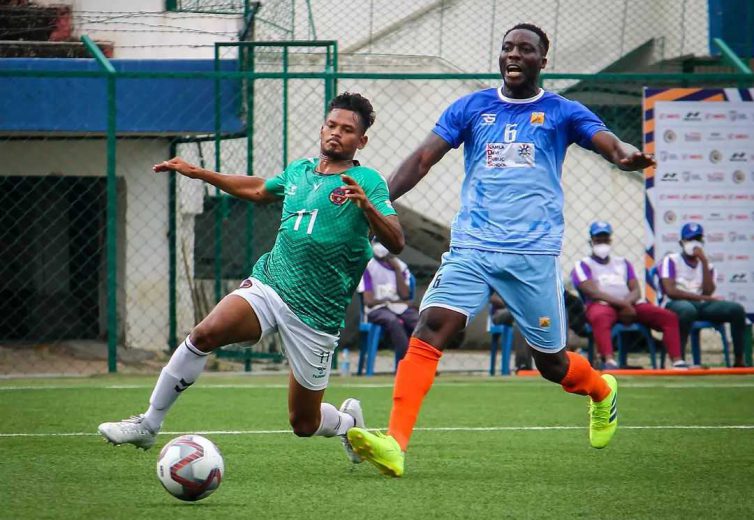 Lankily built but with an eye for a goal, the 2018-19 MDFA Striker of the season, Ranjeet Singh Pandre having tasted success at the highest level will be the Key figure in Kenkre FC’s upcoming I League campaign

With his tremendous dedication, tireless work ethic, and experience of winning the I League trophy, Ranjeet is a valuable addition to the Kenkre FC squad.

Originally from Chhattisgarh, Ranjeet fell in love with football at the young age of 10. He represented his school Weidner Memorial Senior Secondary School in Chhattisgarh. After schooling, he moved to Maharashtra where he spent most of his career and also represented the Maharashtra state team in the Santosh Trophy. He signed for Union Bank of India, where he made a name for himself by playing a key role in their RCF Nadkarni Cup campaign in 2018 and finished as runners-up with the team. His knack of scoring and consistency in front of goals earned him the award for the best striker for the MDFA Elite Division in 2018-19. 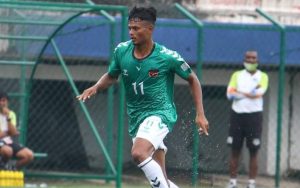 He then moved to Chennai City FC in 2019, tasted top-class football, and won the I-League trophy with them. After three seasons with the southern club, Ranjeet signed for Kenkre FC in 2021. His 72nd-minute strike against Kerala United FC ensured the club’s victory in the first game of the Hero I-League Qualifiers.

On life at Kenkre FC, Ranjeet said, “I feel at home here at Kenkre FC and delighted to have signed for the club. Since I’ve spent most of my career playing in Mumbai, I didn’t need much time to settle down. The coaching staff and other team members have been very welcoming and supportive which motivates me to perform well.”

The outbreak of COVID-19 inside the I-League bio bubble was a major blow to Ranjeet and his teammates just before the start of their Hero I-League campaign. “It’s quite annoying that the league stopped just before our first game. But as a team, we are taking only positives out of this situation and we are glad that we got an extra month to prepare”, he expressed.

During the period while the league is on hold, he is focusing on keeping himself fit by doing yoga in the morning and field training in the evening. This has been a daily routine for the forward.

Ranjeet feels that he can contribute to the Kenkre FC team in many ways. “I think it is my job and responsibility to score goals and I hope I can score as much as possible. I am sure that my experience of playing in the I-League will help me in helping my teammates not only by scoring goals but also by providing assists”, stated the Chattisgarh born forward. 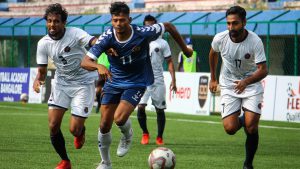 As an I-League champion, Ranjeet advises his teammates not to get nervous and encourages them to give their 100%. He feels that if everyone in the team gives their 100 percent then it will be difficult for other teams to beat them.

When asked about the team’s realistic expectations for the league, Ranjeet said, “We will be playing in the I-League for the first time, but we are ready to fight every other team and prove our mettle. Like other teams, we have left no stone unturned in preparing for the league and will give our all to win the title. It may be difficult, but the way we played in the qualifiers, if we show the same level of intensity this time around, nothing is impossible.”

“We are a new club in this league and after our performance in the qualifiers, the people of Mumbai and our supporters from different corners of the country have showered their love and support. That really motivates us to keep doing better. As a new club, we can only ask for their continued support and I am confident that as a team we can make them proud with our performance when the league resumes”, concluded the former I-League winner.