Blasters do the double over Odisha to reclaim summit 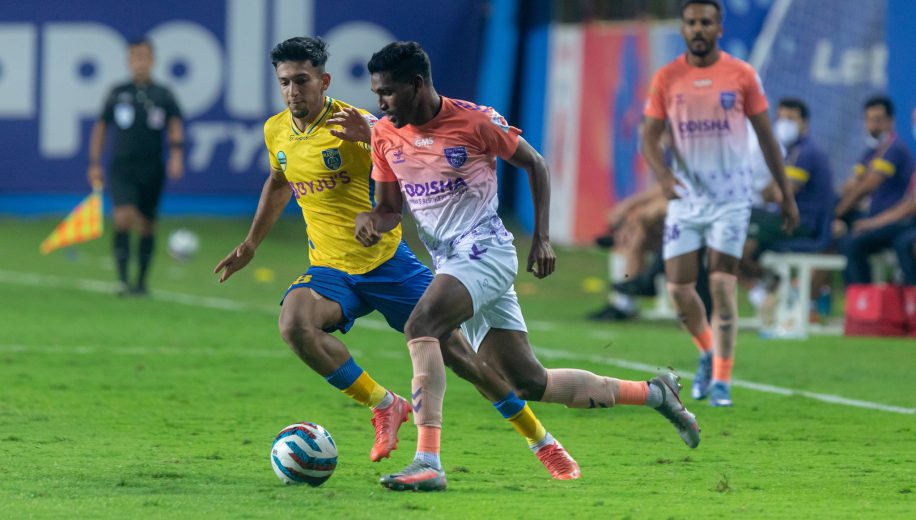 It was a case of yet another night ending with a new leader atop the 2021-22 Hero Indian Super League (ISL) standings. Kerala Blasters FC romped home to a comfortable 2-0 victory over Odisha FC at the Tilak Maidan Stadium in Vasco on Wednesday.

Nishu Kumar (28th) and Harmanjot Khabra (40th) netted first-half goals to keep the Kerala juggernaut rolling. Kerala now have 20 points from 11 games while Odisha, who remain in eighth place, have 13 in their kitty from 10 matches.

Kerala looked the far better side from the off, stringing together a series of passes in the sixth minute to show early intent.

Odisha got a chance to take the lead in the 26th minute when against the run of play Javi Hernandez forced Prabhsukhan Gill into a good save from a snapshot. Two minutes later, Kerala nosed ahead. It was a piece of individual brilliance from Nishu Kumar who sent a curling effort into the top right corner from just outside the box after Adrian Luna set him up beautifully.

Kerala doubled their lead five minutes to halftime, Luna involved again as he swung in a delectable corner for Khabra to head in.

Odisha tried to up the ante in the second half but Gill was in top form as he pulled off a brilliant save to deny Jonathas Cristian after the hour-mark.

Jonathas got another chance to pull one back when Jerry Mawihmingthanga sent a crisp ball for him in the box but his header fizzed over the bar. Javi also got a free kick from a good position but his effort sailed over.

Chennaiyin look to dethrone Hyderabad and break into top-four
FC Goa fan study, the first-ever in Indian football history, is a game-changer