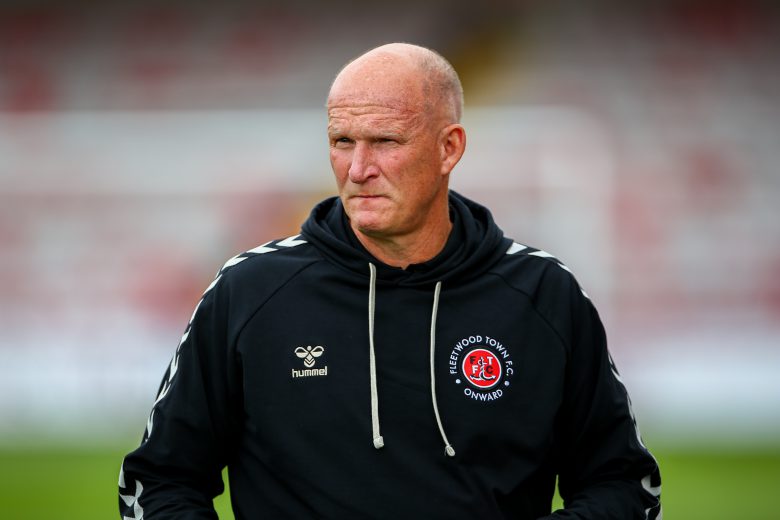 Bengaluru FC, on Wednesday, announced the appointment of Englishman Simon Grayson as the club’s Head Coach ahead of the 2022-23 season, on a two-year contract. Grayson, who has over 500 appearances as a player in England’s top divisions, moved into management in 2004 and has since overseen the promotion of four teams in the English Division, in a managerial career that has spanned 728 games and seven clubs.

“Coming to India was a possibility that I had looked into two years ago. But the pandemic put all things on hold. When the chance came across again, I was excited to look into it. This presents a new opportunity in my football career and it is one that really excites me,” said Grayson, after completing the formalities on his deal.

“When I spoke to the owner, his mindset was the same as mine. I want this club to be winning trophies again. I am aware that BFC has been very successful in the past but the last few years haven’t worked out like everybody would have liked it to. That happens in football – you learn from it and strive to do better – to get players to work harder on the pitch and off the pitch; that’s the exciting part for me,” said Grayson.

Grayson, who hails from North Yorkshire, has overseen the promotion of four teams in the English Division; Blackpool in 2007, Leeds United in 2010, Huddersfield Town in 2012, and Preston North End in 2015. He had short spells at Sunderland, Bradford City, and Blackpool before most recently taking charge of Fleetwood Town in League One.

The fifty-two-year-old said he was impressed by the little he’s managed to see of the team from last season and is confident that the blend of youth and experience in the Blues’ ranks will serve as a good base from where the club can build.

“BFC has some very good young players coming through from the academy and hopefully they’ve learned from their minutes in the first team last season. I truly believe that they can be a massive asset to the football club, and coupled with the players who join, I think this is the perfect opportunity for me, especially because it will be a football season with the supporters. I’m coming not just to spend a period of time learning football in a different country. I’m coming here to win trophies at what is a fantastic football club,” added Grayson.

As a player, Grayson came through the youth ranks at Leeds United, moving on to Leicester City in 1992, where he made over 220 appearances across five seasons. With Leicester, he secured promotion to the Premier League as captain and also won the English League Cup in 1997, scoring in the semifinal against Wimbledon.

Speaking on the appointment of Grayson, Bengaluru FC Director, Parth Jindal said, “We are delighted to have landed Simon, who is experienced and successful as both – a player and a manager. His records, in what are extremely competitive and difficult divisions in English football, speak for itself. I had meetings with him in London, and it was evident that he shared our vision and desire to bring Bengaluru FC back where it belongs.”

In 2004, while still a player for Blackpool in League One, Grayson moved into a coaching role with the Seasiders’ reserve squad. Two years later, Grayson called time on a playing career that spanned over two decades to focus on management.

Bengaluru FC CEO Mandar Tamhane said that Grayson’s experiences as both a player and manager played a vital role in his appointment, with the 52-year-old serving as a captain on several occasions in his playing career. “Grayson comes with vast experience as a leader, having captained Blackpool and Leicester in his playing days. The fact that he has seen four clubs promoted while in charge as a manager speaks volumes about his managerial prowess. His experiences as a player and manager made him the right candidate, and we’re excited about what the future holds for this football club,” said Tamhane.