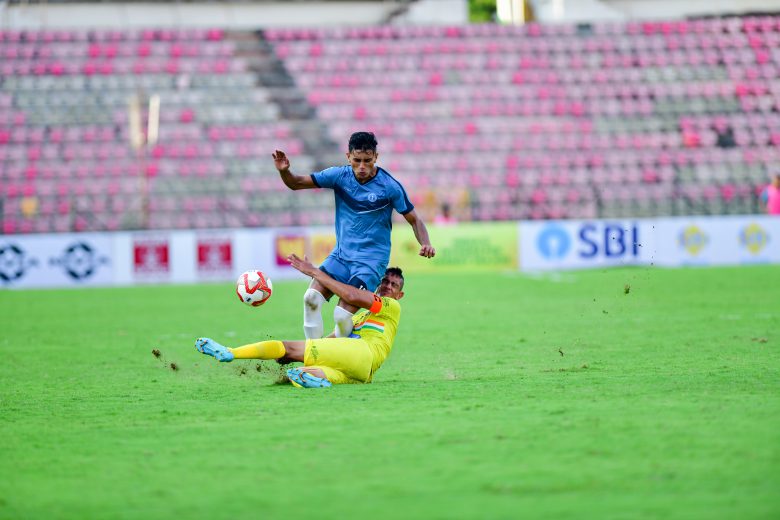 Guwahati/Kolkata, Wednesday, August 24, 2022: Army Green (AGFT) in their Group D clash against Sudeva FC (Sudeva) at the Indira Gandhi Athletic Stadium in Guwahati and Rajasthan United FC (RUFC), in their Group B encounter against Emami East Bengal (EEB) at the Kishore Bharati Krirangan (KBK) in Kolkata, will look to consolidate on their respective good starts on Matchday 10 of the 131st IndianOil Durand Cup on Thursday.

The result of the first Matchday 10 game in Guwahati will go a long way in determining the second best team in the group, one feels. A draw will not favour Sudeva who play Odhisa FC, the team which looks set to top the group with two fluent wins so far, next.

A win for the Greens on the other hand and they will fancy their chances as one of their final two games will be against a young Kerala Blasters side who have not looked very threatening in their two games.

The Greens will go into the game with a lot of confidence given their key players like skipper PC Lallawankima have started firing from get go and the core group have been playing together for a while. They are also an extremely fit side.

Sudeva will surely need to create more openings in the game, than they did in their first game against the Blasters which ended 1-1, if they have to have a shot at a win. It will be all to play for after all.

The tension is palpable in large parts of the football loving Kolkata, particularly in the areas surrounding the KBK where many EEB supporters reside, surrounding their favourite team’s upcoming Group B clash against RUFC, a team on a high after their shock 3-2 victory over EEB’s arch-rivals ATK Mohun Bagan (ATKMB) a few days back.

They know that their team is yet to settle down and even played with the lone goalkeeper in their first game stalemate against the Indian Navy, at the Vivekananda Yuba Bharati Krirangan (VYBK).

RUFC look a fit, organized and professional outfit. Their foreigners were also pulling their weight effectively and they can certainly fight and run for ninety minutes, besides having an eye for goal.

EEB did look pleasing in the final 15 minutes of the game against the Indian Navy team and if that has given them some confidence, they have players in their squad, like Aniket Jadhav and V.P. Suhair for example, who can make life difficult for the RUFC defenders who were certainly under the cosh throughout against a severely mis-firing ATKMB.

RUFC will probably also get a first look at the EEB foreigners as only Alex Lima played in the second half in the Navy game. Also EEB and former Indian gaffer Stephen Constantine’s sides generally concede less and they did have a clean-sheet in their first as well, which RUFC did not.

It promises to be a rollicking contest.

Also, Read NEROCA and Army Red play out a goalless draw in Imphal

NEROCA and Army Red play out a goalless draw in Imphal
Blockbuster in Imphal, battle of young Turks in Kolkata