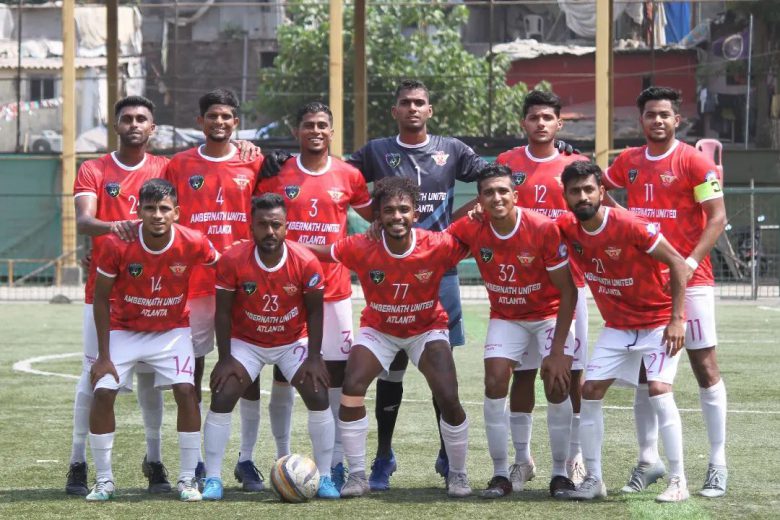 Mumbai: Five different goal scorers were on the scoresheet as Ambernath United Atlanta FC recorded a rampant 10–0 win over FSI Seaview FC in the MFA Elite Premier League. The match was contested at the Neville D’Souza Ground on 6th April 2022.

Himanshu Patil opened the scoring for Ambernath United in the 15th minute of the game. Two minutes later, Alister Anthony doubled the lead.

Ambernath United’s attackers gave FSI Seaview’s defense no breathing room as Umesh Perambra built on the momentum and increased the lead in the 20th minute. In the 27th minute, Arif, the forward, scored the fourth goal.

A couple of minutes before half-time, Umesh scored his side’s fifth goal. The onslaught of Ambernath United continued as Alister Anthony notched up his second goal of the day in the 45th minute. A minute later, Alister completed his hat-trick, his third of the campaign. Ambernath United Atlanta FC went inside the tunnel with a massive 7-0 lead over FSI Seaview.

In the second half, the Steven Dias-led side continued their attacking dominance as they scored their 8th goal in the 48th minute. Alister, who already was on a hat-trick, furthered his scoring tally. Arif, too, scored a brace in the 57th minute, and four minutes later, Nitesh Monde scored, making FSI Seaview run for their life. The match ended with a massive 10-0 victory in Ambernath United Atlanta FC’s favor.