Alvaro Vazquez: Ultimate goal is to win matches and trophies with FC Goa 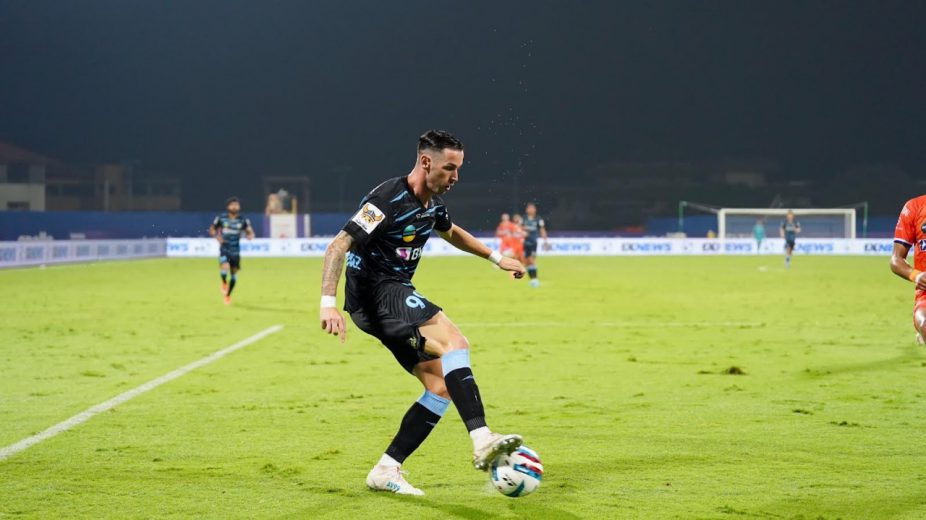 ~ The Spanish striker also revealed his reasons for joining the Gaurs ~

Goa, June 29, 2022: With the newest addition to their team in Alvaro Vazquez, FC Goa have bolstered their attacking ranks ahead of the 2022-23 season of the Indian Super League (ISL).

The 31-year-old striker needs no introduction to fans of the sport in the country, having turned up for Kerala Blasters in ISL 2021-22, scoring eight times in 23 appearances.

On Wednesday, in his first-ever press conference as an FC Goa player, Vazquez spoke on a host of topics including his reasons for joining the Gaurs, the team’s hopes for the upcoming season, thoughts on the ISL and more. “To be honest, playing in India has been a wonderful experience,” the Spaniard remarked. “I didn’t expect India to have so many football-loving people and for them to receive me so well.

“At the end of last season, FC Goa showed the most interest, and they had a clear idea of how I would fit into their plans,” Vazquez revealed. “My agent obviously alerted me first about the Club’s interest, and later I spoke to some of the players and the coach (Carlos Pena) before fully making up my mind.”

The former Spain junior international believes that having players and staff with prior experience of the league, will help FC Goa. “It’s good that Coach Carlos (Pena) has played and knows the league. We also have players who know how it is to play in the ISL. We’re already in touch with each other and have been pushing each other to train harder, because the ultimate goal is to win matches and trophies for the team,” he said.

Vazquez also spoke on how he loves to put his team’s objectives ahead of his own. “Collective success is the primary focus. If we’re able to do well as a team, it further means that we’ve done well on an individual level also.”

At FC Goa, Alvaro Vazquez will look to follow the footsteps of the likes of Ferran Corominas and Igor Angulo, who made a habit of scoring goals in the Club’s colours. Still, he remains unfazed.

“I’ve known Coro from our time together at Espanyol. I’m aware that he demonstrated his abilities well in India. In terms of living up to his name, obviously I’ll do my best but firstly I’ll be more focused on helping the team out in whatever way I can. This is my work, something that I’ve done all my life, and hence I’m fully prepared,” he added.

The striker signed off with a message for his fans. “I have nothing but words of gratitude and respect to the fans of Kerala Blasters, my former club. I strongly believe that I’ll develop a similar connection with the FC Goa fans. As we’re no longer going to compete within a bio-bubble, I’m looking forward to meeting them and getting to know them well,” Alvaro Vazquez concluded.