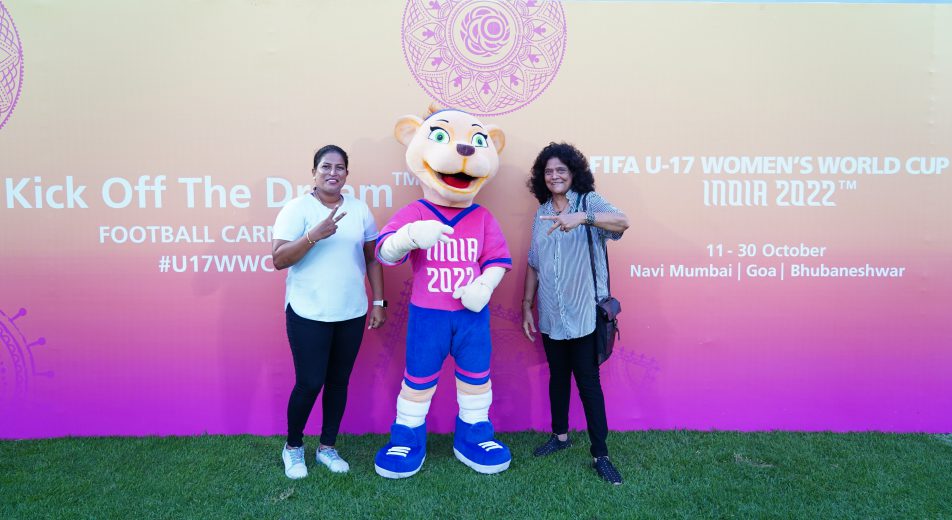 The FIFA U-17 Women’s World Cup is scheduled to take place in India from October 11 to 30, and the upcoming historic event is a “wish come true” for former Indian footballer Yolanda de Sousa, widely known as the “hat-trick queen”.

“India hosting the FIFA U-17 Women’s World Cup is a wish come true moment for me. I have been pumped up ever since I have heard the news, and I don’t think it is going to subside any time soon,” she said.

“I am just really excited to see some of the best young talents in the world playing on Indian soil. I just hope we play very well, both in terms of how we’re going to perform as a team and as a host, which is really crucial,” De Sousa added.

De Sousa emphasized the importance of hosting a FIFA women’s tournament, saying it is a huge opportunity for India to expand the game to small towns and make it the country’s most popular women’s sport.

“Now that we are hosting the first-ever FIFA women’s event, it is critical that we take the games to smaller cities and make them fall in love with the game,” De Sousa continued.

De Sousa also urged her fellow countryperson to use this tournament as a springboard to further promote women’s football in India and not take it as just another event.

“I sincerely hope that people do not see the FIFA U-17 Women’s World Cup as just another competition and then move on. I want people to keep talking about it even when it’s over,” she continued.

“We must appreciate the opportunity we have been given in the form of hosting a FIFA women’s competition. Our players have been given the chance to compete against some of the finest players in the world and we should recognize it. Obviously, it is going to be beneficial for the players, for the federation, and for the football infrastructure of the country. But we should consider it merely the beginning and build on the momentum provided to us by this tournament,” she concluded.

Also, Read Boys are excited ahead of the SAFF U20 Championship, says Venkatesh

Boys are excited ahead of the SAFF U20 Championship, says Venkatesh
Iker Guarrotxena: Confident of achieving success with FC Goa