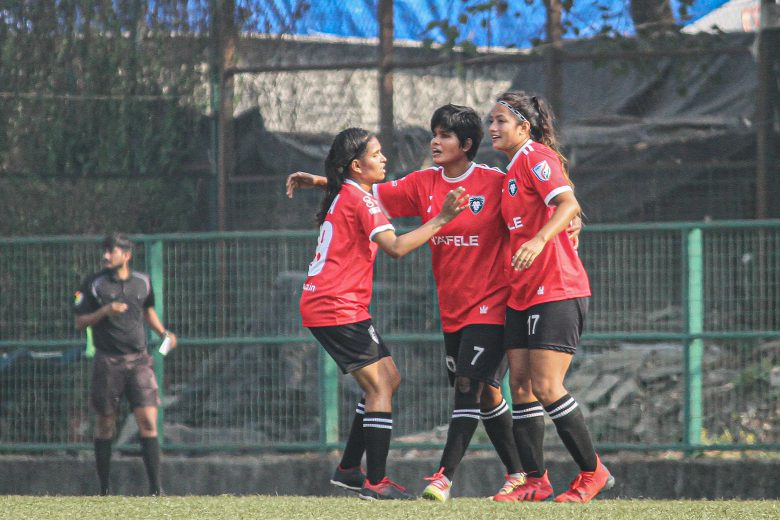 PIFA Sports and Footie First faced off in the first match of the day. Footie First started the proceedings but PIFA Sports continued to put pressure on the opponents from the first minute of the game. After a while, Footie First took possession of the ball and began to control the game. Both teams fought hard to break the deadlock, but neither of them was successful as their formations continued to cancel each other out. The first half ended as it had started, in a stalemate.

PIFA Sports started the second half with more intensity & more creativity. They kept putting pressure on Footie First which resulted in Sasmita Behera scoring for them in the 60th minute of the game.

Footie First then tried to break through a resilient opponent’s defense in search of an equalizer but failed to do so, and PIFA Sports again collected all three points.

In the second match of the day, Pune-based Krida Prabhodhini took on Nagpur’s Amma FC.

Krida Prabhodhini made a good start from the very first whistle. They scored the first and only goal of the match through Vaishnavi Pawar in just the 4th minute of the game. In reply, Amma FC tried to equalize but the opposition defense remained strong.

Amma FC went looking for the equalizer till the last whistle but was unsuccessful. With this win, Krida Prabhodhini is unbeaten in the league.

Also Read: Aizawl FC’s summer of change – All you need to know about the club’s new signings