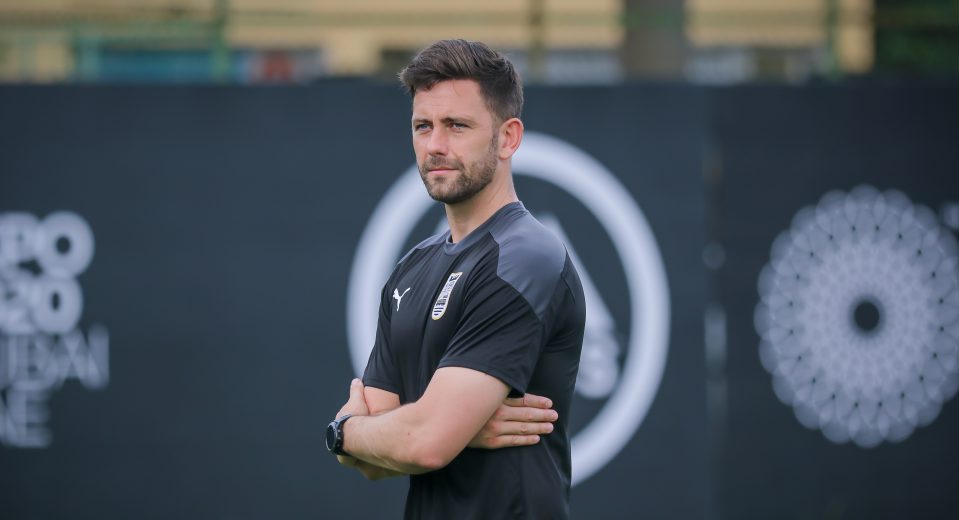 The newly appointed head coach of Indian Super League 2020/21 defending champions Mumbai City FC Des Buckingham during a pre-tournament virtual press conference expressed that he has a desire to build upon the success the Islanders had achieved in the previous season.

With an ambition to defend the ISL title, Buckingham stated, “The first thing is to recognize the excellent work the team did last year. They achieved things this club has never achieved, and that was the first thing I spoke to the group when I first came in here. It is important to reflect upon that because we want to highlight some of the good work that took place last year, and we don’t want to throw that away.”

“What good work was done last year, we want to take that with us this season, both on and off the field. The team had an attacking style of football last year, that strikes true to my philosophy, and I will try to add to it, not change it,” he added.

In their three pre-season friendlies, the Islanders’ registered a clinical 2-1 win against Hyderabad FC and played two draws against Odisha FC and SC East Bengal. Reflecting on the team’s performance, Buckingham said, “I am as happy as I can be, we have done everything we could have done. We have had players who have joined us at different times throughout the quarantine period, but that is the case with every club in the league. In terms of settling, and what we have available to us, I am very happy with what we have achieved in the timeframe that we had.”

The 36-year-old coach also spoke about his vision with the club. He said that he wishes to continue to build upon the exciting brand of football the club represents.

“My vision for the next couple of years is to build upon the success that the team has achieved last year. When you define what ‘success’ is – we have two trophies sitting in our cabinet here, which externally are a real measure of results. But then we also have other measures that we want to build upon, from the playing style that we saw last year,” he said.

Mumbai City have won both the ISL and League Winners Shield in the 2020-21 season, becoming the first club to do so in a single season. Buckingham said adding another chapter to the club’s success story makes the role an exciting one for him.

“Often when you come into a team as a head coach, it is because the things have not worked for the team or the coach, and you pick up a club when the results have not gone well. I don’t see this as a rebuild. We have a core group of players we had last year, and I find it exciting to add and build on this success. It is after seven years, we were able to win both trophies we were chasing, the excitement is now to add another chapter to the story,” he signed off.