After seven successful seasons of the Indian Super League, we have seen hundreds of players score and take their team to victory. But only some of them have stuck to their habit of scoring and became fan-favourites.

Let us have a look at the all-time top goal scorers who left their mark in the ISL history:

Arguably the best striker in ISL currently is none other than ATK Mohun Bagan’s Roy Krishna. The 33-year-old striker has scored 29 goals in just two season with the Mariners. He joined the team in the 2019/20 season and helped them to win the title, with his 15 goals in that season.

The Fijian international is not good at scoring only, and he also has 14 assists on his name in these two seasons. 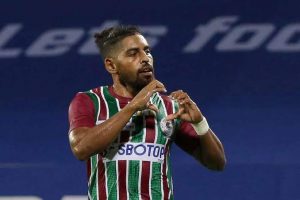 Brazilian forward Marcelinho is another well utilised asset for ATK Mohun Bagan. The 33-year-old has scored 33 goals with five different teams in ISL. Starting his journey with Delhi Dynamos in 2016, since then he has proved his mettle in the Indian soil.

After Delhi, Marcelinho played for FC Pune City, Hyderabad FC, Odisha FC and then ATK Mohan Bagan. After the last year’s season, the Brazilian was roped in by Esporte Clube Taubaté in Brazil, but he has assured his interest in India and will be back next season. 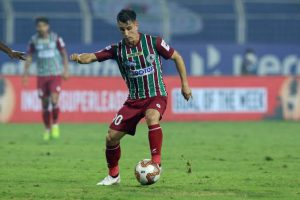 The third player on our list is the Nigerian striker, who makes the defenders suffer in every game! Since his ISL debut in the 2018/19 campaign, Ogbeche has scored 35 goals.

He began his journey with NorthEast United, then Kerala Blasters, where he became one of the fans favourites in the league, and then the current champions Mumbai City FC. He showed why he is one of the best in business by leading his team to their maiden ISL championship. The 36-year-old scored eight times and has three assists with Mumbai last season. 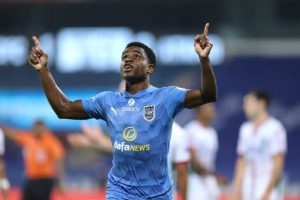 Just one goal behind the number on the list is the all-time top scorer for India, Sunil Chettri. The captain for the national side, as well as Bengaluru FC, has scored 47 goals with two teams, Mumbai and Bengaluru.

He is also the first Indian player to score a hat-trick and the only Indian player with two hat-tricks in ISL. Chettri’s record is commendable; there’s no stopping to him. He will most likely become the all-time top scorer in ISL in the coming season! 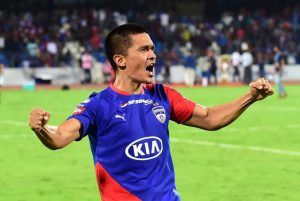 The most experienced player on our list today and the pride for Gaurs, Ferran Corominas, commonly known as only Coro. His 48 goals have helped him to be on the top of the list today. These 48 goals have come in only three seasons after he joined FC Goa in 2017.

The Spaniard left the Gaurs ahead of the 2020-21 season and went back to his country to join Atletico Baleares. He is a player of a different class, and no one can forget what he has achieved with and for FC Goa. The 38-year-old forward has 64 goal contributions (48 goals and 16 assists) in just 57 games!!! 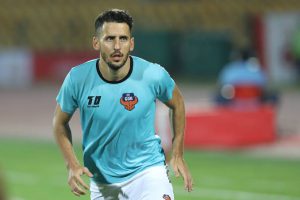