From leading a Mumbai 3rd division side Salsette FC to three promotions in 3 years to being head coach of Australian 2nd tier professional football club Devonport Strikers FC, Suraj Pillai is now back in India leading a growing change with Football Coaching education in the country

After a successful stint in Australia, Suraj Pillai returned to India and founded the Football Coaches Academy, with an aim to create an educational pathway for coaches across the country. Here the coaches will learn to analyze football objectively and become well equipped to troubleshoot their problems based upon their external factors without any subjective opinions.

Suraj Pillai, who started off his career as the coach of Salsette FC in Mumbai took the then MDFA 3rd Division side to three back to back promotions as the club made its way to MDFA Super Division – Mumbai football’s 2nd tier.

In search of better learning opportunities, Suraj went to Australia to complete his coaching badges from FFA, where he has presented an opportunity to work with Manly United Football Club – Australian National Second Division club. During his stint at Manly United, Suraj was approached by Manly Vale Football Club, to be the head coach of the club. In an incredible season with the club, Suraj incredibly managed to promote the club to MWFA Premier League – the topmost division in the Manly Warringah competition.

Suraj was also made an observer for the Australian U17 national team selection process in 2019 before the AFF tournament. His success with Manly Vale FC didn’t go unnoticed as NPL Club Devonport strikers came in calling. Suraj was then trusted to manage the Australian second division side in Tasmania as the first-team coach as well as Technical Director for the club.

In the meantime, Suraj also qualified as an assessor for FFA-AFC C and B license courses and delivered community coaching courses across Australia. Thus, with experience as a coach within an amateur to a professional environment in senior and youth football and as a coach educator for the past 10 years across Asia, Suraj acquired a wealth of football knowledge to impart to budding as well as experienced coaches across the continent.

Recently in October, Football Coaches Academy had successfully conducted the Senior Football Foundation Course – aimed at working on the performance phase of the game for coaches dealing with 18+ age players. Talking about his reason to start such programs, Suraj Pillai explained, “Having traveled across the world – coaching teams, players and coaches – from amateur to professional environments, and having sat in different classrooms with some of the top coach educators in Asia as well as Europe, I finally decided to start my own coach education firm, where I have the freedom to design courses to get the best out of football coaches.” 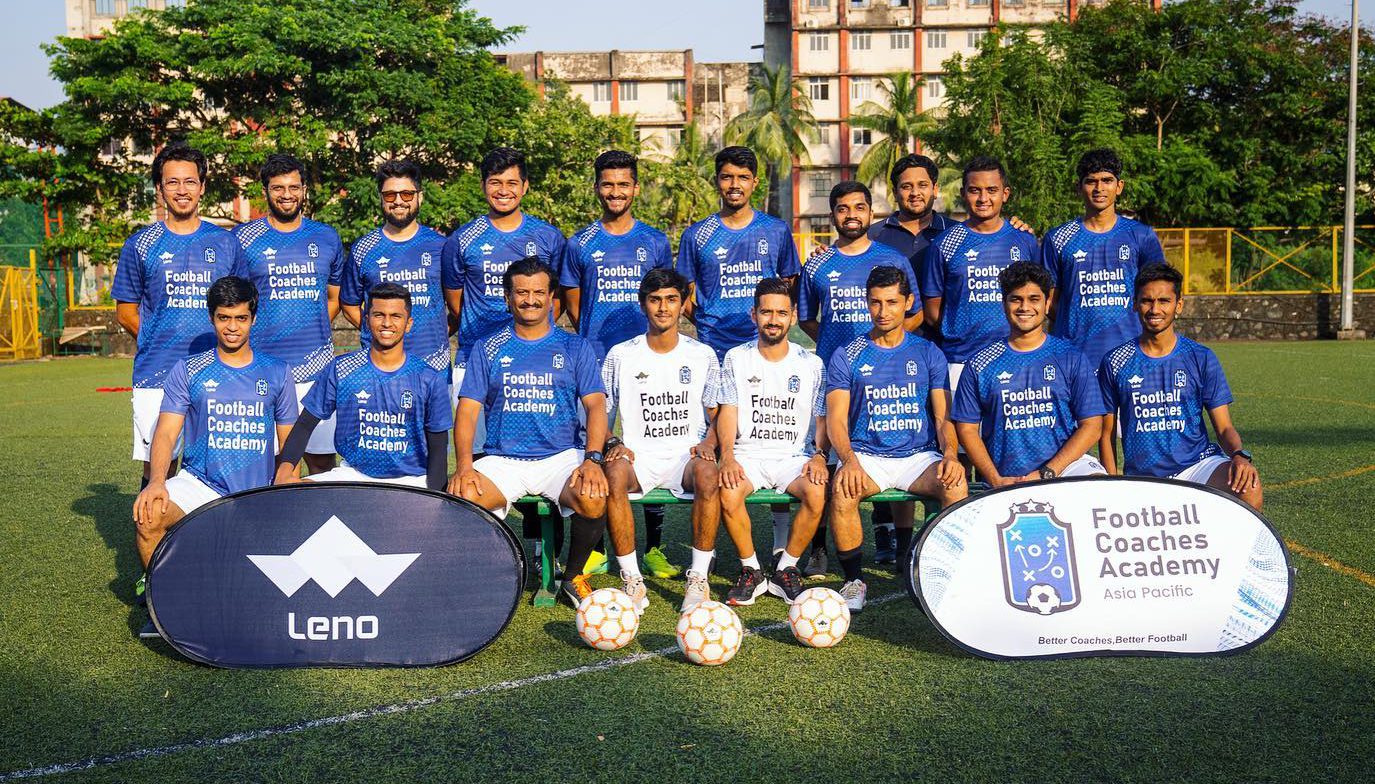 The event had an excellent turnout from across the country, acknowledging the hunger to learn within participating coaches, Suraj added, “I’m glad to see hungry coaches reciprocating in a very competent manner when it comes to gaining knowledge. Since these courses are not affiliated, the only reason coaches come down is for self-improvement and it is a very rewarding experience.”

Suraj plans to continue these education programs and his Football Coaches Academy has planned the next course to be conducted in January 2022. This time the course would be based around youth football and the content will be designed for coaches working with players aged 13-18. Details will be available on www.thefootballcoachesacademy.com

While it is a universally agreed belief that a country’s football development happens through its grassroots development, the fact is, there is also a need of addressing the fact that there are just not enough quality coaches at the grassroots level. Suraj Pillai with his new coach education initiative plans to bridge that gap.