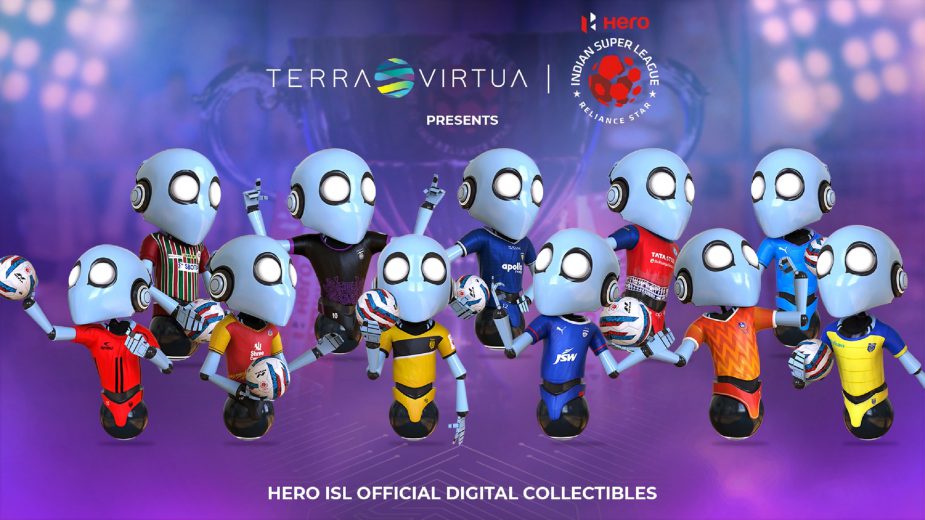 Hero Indian Super League (ISL) in association with its licensed partner Terra Virtua today announced the mega launch of its exclusive series of digital collectibles. The debut collection comprises 27,500 team posters and 242,000 trading cards, made available ahead of the 2021-22 season. The ISL metaverse on the unique Terra Virtua platform will offer fans of Indian football the chance to own a piece of their favourite club and players.

As a special first-time offer, every fan gets a free digital collectible of the club they support while signing up on the Terra Virtua platform.

India’s premier football league, ISL had earlier become one of the youngest leagues in the world and the first sports property in India to announce a partnership with London-based Terra Virtua to create and launch its exclusive digital collectibles.

Terra Virtua is the world’s first fully immersive social, digital collectibles platform and is one of the world’s leading creators and marketplaces using blockchain technology. It currently offers themed digital collectables across a range of popular movies, television shows and comic books.

Says ISL spokesperson, “We are excited to enter yet another first as we become India’s first sports league to have its digital collectibles go live. I am sure this will engage the vast demographics of fans of the Hero Indian Super League and all its clubs and make them feel closer to the action.”

“It has been our constant endeavor to connect with our audiences and keep up with trends that define the future of sport. This is a testament to ISL’s growing popularity across the younger generation and lays down the benchmark for the sports industry in India.”

Terra Virtua CEO and co-founder, Gary Bracey commented: “This is an incredibly exciting moment for Indian football fans, who now have the chance to own an exclusive part of their club’s history. We’re delighted to be driving the digital transformation of sports fan engagement through digital collectables, bringing people even closer to their favourite teams.”