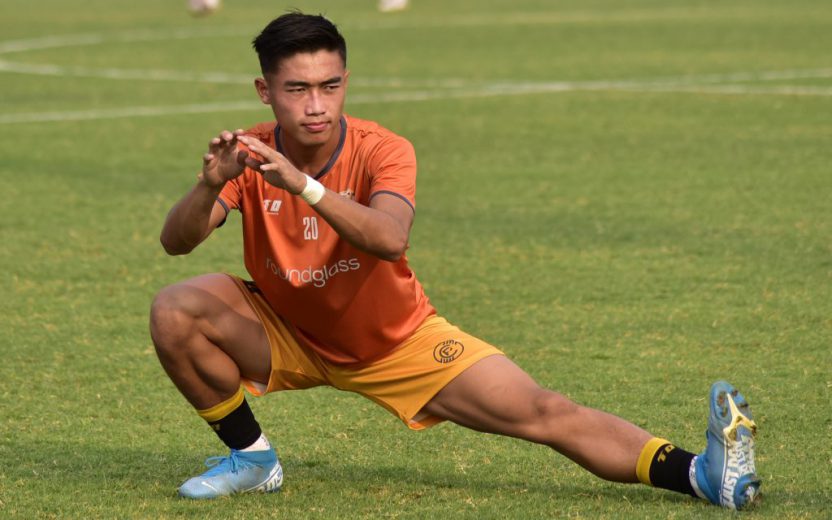 KALYANI: RoundGlass Punjab will look to extend their one-point lead at the summit of the Hero I-league when the Curtis Fleming-coached side clashes against second-placed Real Kashmir FC at the Kalyani Municipal Stadium in Kalyani, West Bengal tomorrow (February 18th, 2021). The match will kick-off at 4 PM IST and will be broadcasted on the 1Sports channel, whilst being streamed live on their Facebook page.

RoundGlass Punjab extended their winning run of games to three by beating Chennai City FC 2-0 in their last match. The win made them the first team to replace Churchill Brothers on the top of the I-League since match week 1, with 14 points out of 8 matches. Curtis Fleming’s side plays their second-last game before the league heads into the second stage, and a win could extend their lead to 4 points over Kashmir, who still have a game in hand.

Speaking at the virtual pre-match press meet, coach Curtis Fleming said, “I don’t think there has been any extra pressure. It’s been the same pressure from the start of the season — to see how we would perform in our first season as a professional team.”

“The pressure was to be competitive in every game and I think we achieved that. We should not get carried away, it is where we finish at the end of the season, and not where we are that matters. We have worked hard for 8 games, and will continue to do so.”

“I rate Real Kashmir really high. He (David Robertson) has been there for three seasons, and are favourites to win the I-League. People say they play long, but when you have Dipanda Dicka, Lukman, and Farooq. These are not longball players. They are really good footballers and hard to defend against,” he added.

Forward Sumeet Passi returned from his injury to make his first appearance in the last game and said, “It was really good to play after a month of sitting out. I thank the trainers and physios for bringing me back in shape. The whole team is very positive. All of us are enjoying the practice sessions and games, and look to build on this momentum.” 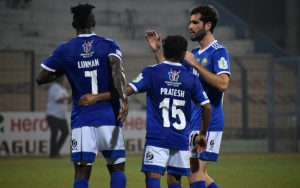 Meanwhile, Real Kashmir FC, extended their unbeaten run to 7 games as they beat NEROCA FC 4-3 in a thrilling encounter. The Snow Leopards moved up to second place with 13 points from 7 games after their victory. Furthermore, David Robertson’s men have a game in hand against RoundGlass Punjab, and could even replace the team from Punjab on the top with a victory tomorrow.

Speaking at the official pre-match press conference, coach David Robertson said, “I am pleased with the fact the way we reacted after being pegged back from 3-1 to 3-3. We managed to fight and go on and win the game under very difficult circumstances. It shows that our team has an undying fighting spirit, and I hope they can continue it forward for the rest of the season. ”

“They (RoundGlass Punjab) are a tough opponent, We have watched them a number of times, they are in good form of late — have had three good results after a tough start to the season. They have three dangerous strikers who can cause problems for us, and so we need to be on our best,” the Scottish coach added.

Defender Dharmaraj Ravanan said, “Everybody is happy with the result of the last game. It was a difficult game against NEROCA FC, and we are very proud of the fact that we kept fighting till the last to win the game. The team is confident, focused, working hard in training. I’m sure this will pay off soon.”