After beating Chennai City FC 2-0 in their previous match, Real Kashmir FC will aim to build on their winning momentum, grabbing maximum points, when they lock horns against fourth-placed Sudeva Delhi FC at the Kalyani Municipal Stadium in Kalyani, West Bengal on Tuesday, January 19, 2021. The kick-off is slated for 7 PM IST and the match will be broadcast on 1Sports, whilst being streamed on their Facebook page.

After a slow start to the Hero I-League, where they were held to a 1-1 draw by TRAU, Real Kashmir FC put their hat into the title contention, defeating Chennai City 2-0, going third on the Hero I-League table despite being on level points (4) with table toppers Churchill Brothers and Mohammedan SC.

Speaking at the pre-match press conference, head coach David Robertson said, “It was a very tough match against Chennai City FC but we dug deep and got the job done. We played well and had some good spells in the game, we are looking to replicate that performance in the next match as well.”

“To win the Hero I-League is tough as every game presents its own set of challenges. Sudeva won’t be any different, however, we are ready for the match and would aim for the win. We want to also create pressure on the other two title challengers who are above us,” he added.

Afghan International Haroon Amiri said, “Sudeva Delhi FC have a strong team with the likes of Kean (Lewis) leading them. It won’t be an easy outing for us but we are ready for it. We know we will have to initiate attacks and take an early lead if we are to win the match.” 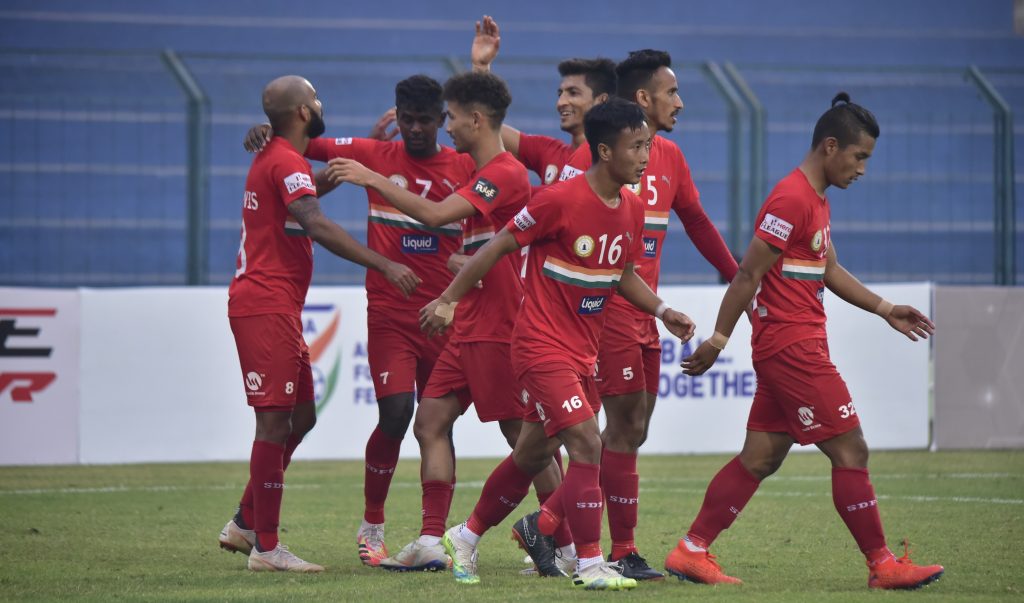 Debutants Sudeva Delhi FC won their first match of the Hero I-League last time around when they defeated Indian Arrows 3-0. However, the challenge present in the form of Real Kashmir will be way more difficult for the Delhi outfit, who have garnered three points from two games.

Head coach Chencho Dorji is wary of the threat that Real Kashmir presents. “They (Real Kashmir) are one of the best sides in the nation and we have to be very focused going into the match. Every game is very important and the season will become tougher as it progresses.”

“We have to be more disciplined both in attack and defence. We are optimistic of our chances against them,” he added.

Midfielder Kean Lewis said, “There are no easy teams in the Hero I-League, so every game is going to be very difficult and challenging. We know that Real Kashmir are deadly in attack and we have to be on our toes if we are to get a positive result.”