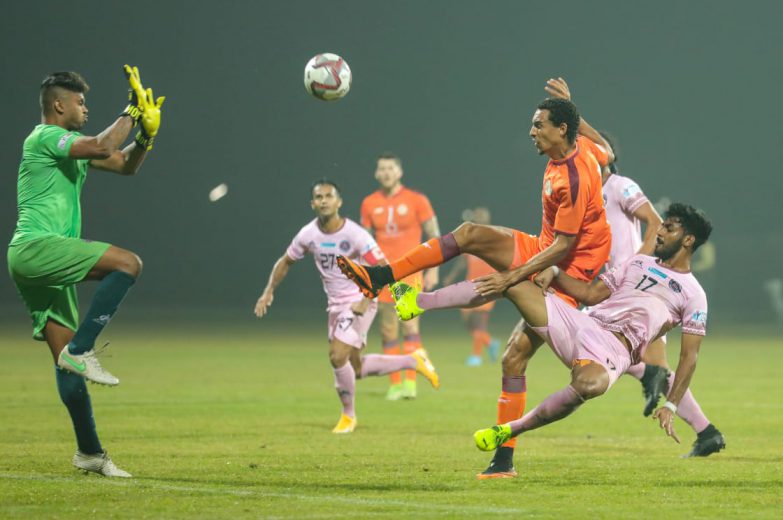 According to reports in National Daily TOI, Rajasthan has objected to former Indian striker Robin Singh being named in the matchday squad although he was on the subsititute list and played no part in the game.

In their protest letter submitted to the match commissioner after Sunday’s encounter, Rajasthan United have said that Robin Singh was an ineligible player and could not have been part of the squad, after picking up a red card in the last official match that he played.

Robin Singh last played a competitive game for Real Kashmir in their final game of I-League match 2019-20 season. against East Bengal on March 9, 2020. The high octane game had ended in 4 players getting red carded over the course of game, one of whom was Striker Robin Singh. “It was in the 80th minute that Singh received a red card. Subsequently, the season had ended, and he did not play any game under AIFF jurisdiction till today.” Rajasthan manager Gabriel Gomes wrote in his protest letter.

We can clearly see that Sportsman Spirit is only left to be discussed on social media & books but when it comes to the field it’s a totally different ball game.

The club has cited Article 46 of the AIFF Disciplinary Code which states that the limitation period for the enforcement of sanctions is five years. “This means his suspension gathered in that match still holds. He has not served his one-match ban and should not have been named in the squad by RGPFC,” states the protest.

Earlier Rajasthan United were forced to play with just 9 players on field or risk forfiet after miscommunication regarding player registerations meant they were left with just 9 recognised players available in the squad for the game. After their opponent Roundglass Punjab FC had rejected the proposal for rescheduling the game, Rajasthan had expressed their displeasure in the press release stating, “We can clearly see that Sportsman Spirit is only left to be discussed on social media & books but when it comes to the field it’s a totally different ball game.”

Ironically during the game, despite being on the bench Robin Singh alongwith CK Vineeth were shown red cards by the referee after what appeared like abusive behaviour towards match officials. Regarding Rajasthan United’s complaint, Robin Singh didn’t step on the field during the game and so it will be interesting to see whether a player becomes active in the game, even if he has not taken the field and was just named in subsitute.

According to TOI report, AIFF Disciplinay committee has taken up the matter and will be referring to previous such instances to decide on the incident.