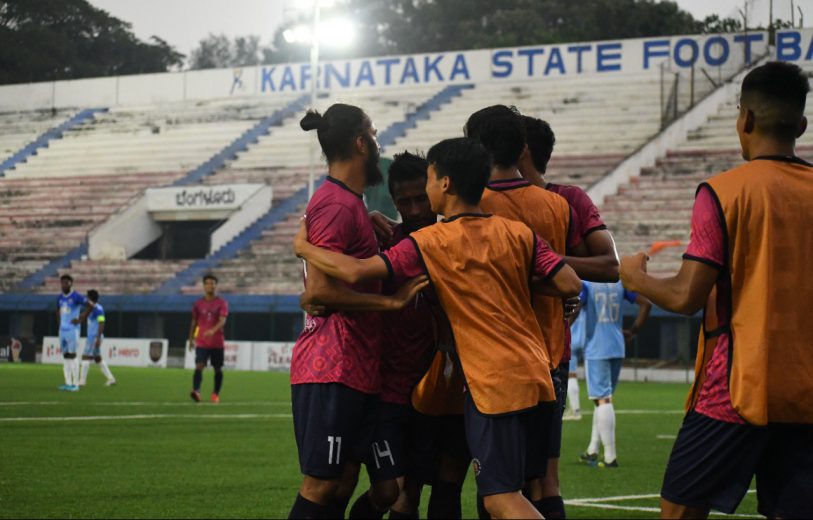 Rajasthan United FC are set to make their I league debut with just 9 players on the field, due to a rule that doesn’t allow amateur players signed after August 31 to play.

RUFC statement regarding registration of players for Hero I-League 2021-22:

RUFC qualified for the I-League on the basis of winning the Qualifiers in October this year. An extended qualifiers season meant the club couldn’t sign new players after qualifying for the I-League since registration had already closed for players.

As big as an achievement the qualification was, it also left the club with very little time to prepare for the season and put together a competitive team for the same. We retained minimal players from the qualifiers and sought to get better players for the higher league — seeing as the competition is undoubtedly higher. With the transfer window for professional players closed (in fact, before the qualifiers itself, o August 31st) this meant registering players would be tough, and all transfers could only resume in the New Year (specifically rom Jan 1, 2022).

The AIFF issued a statement to all clubs on 14th Dec’21 stating that teams facing these problems could field amateur players, who would be allowed to play as such till December 31, 2021. Respecting the statement RUFC registered a  significant number of their players as amateurs for the time period they gave.

A second statement released on 21st Dec’21 though, put our pans in jeopardy. The statement said that amateur players signed before/on 31st August 2021 would be allowed to play on in the league. This put the club in a major predicament,  as we had already registered a majority of our players as amateurs following the initial statement by the federation. It also meant that going into our first game against Round Glass Punjab FC on December 26, 2021, we would run short of players eligible for the game.

RUFC requested the league to consider postponing the fixture to help avoid the embarrassment this would cause not just to the club but also to the league, our opponents, and Indian football itself. All of it though was to no avail, with no recourse found. We respect the decision of both the AIFF as well as our opponents to not postpone the fixture and acknowledge the errant decision-making and communication that has led to this situation. It is a deep humiliation and learning experience for clubs as new as us, entering this prestigious league. We apologize deeply to our players, coaches, sponsors, and fans who have been waiting for this moment for a long while.

Also, we can clearly see that Sportsman Spirit is only left to be discussed on social media & books but when it comes to the field it’s a totally different ball game. Our opponents could have respected the matter and had the willingness to play this match at a later date. This is all about being in the right frame with dignity for being a big professional football club.

A simple option would obviously be to forfeit our opening fixture and play on from Game 2 (which occurs once the transfer window reopens) but it is something our philosophy will not allow. We will take to the field with the nine players at our disposal and put forth as best as we can, offering our opponents the respect they deserve n this stage. We  will put forth our best face in the circumstances, and strive to display the sportsmanship that defines this sport