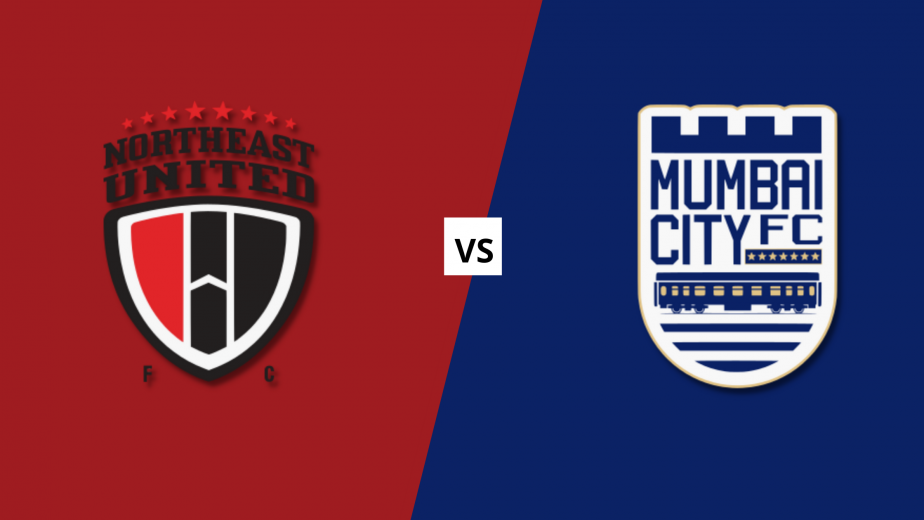 NorthEast United FC will look to duck the Monday ‘blues’ and come out making merry when they take on league leaders Mumbai City FC in the Hero Indian Super League at the PJN Stadium in Fatorda on Monday.

NorthEast United are placed ninth in the 11-team points table, managing only two wins in eight games. They lost their previous encounter to ATK Mohun Bagan but showed a fighting spirit. Two days after Christmas and with the New Year fast approaching, Khalid Jamil’s boys will be desperate to put on a ‘festive’ show for their fans with a win against Mumbai City FC.

The Islanders are reeling from a shock 0-3 defeat to Kerala Blasters FC and would be raring to get back on track against NorthEast United who have been inconsistent and lacking balance.

The Highlanders’ shining light so far has been VP Suhair who became NorthEast United’s all-time leading Indian scorer after scoring against ATK Mohun Bagan. He has scored 6 goals for the Highlanders, overtaking Seiminlel Doungel (5).

Suhair has really thrived under Jamil, and this is shown by the remarkable improvement in his goalscoring rate shot quantity and the rate at which he is creating chances. “They are a good team. We should be positive. We can beat them and we need to have the belief. We must as a team and as one unit,” Jamil said.

Mumbai would like to believe the loss to Kerala was just a blip in their rich run of form. With 15 points from seven matches, the Des Buckingham-coached side would look to consolidate their place at the top of the tree. Mumbai have 9 different players contributing to a goal or an assist this season. They have 5 players with more 3 or more goal contributions.

No team has more players with 3 or more contributions this season. Igor Angulo has scored 5 goals while Ahmed Jahouh has 5 assists. Apart from these two, Bipin Singh, Ygor Catatau and Cassio Gabriel have three goal contributions each, underlining a collective effort in the attacking third.

Mumbai also have goals coming from across the pitch and through all forms. They have 9 goals via set pieces, the highest among any team this season. Their tally of 8 open play goals is bettered only by ATK Mohun Bagan (11) and Kerala Blasters (10).

“Every team in this league is capable of beating anybody. We have seen that happen not only in our games but overall. Our job is to prepare and make sure we keep working hard,” Buckingham said.

Rajasthan United forced to field just 9 players in their I league debut
Sahal, Stewart on target as Kerala Blasters and Jamshedpur FC both share the spoils