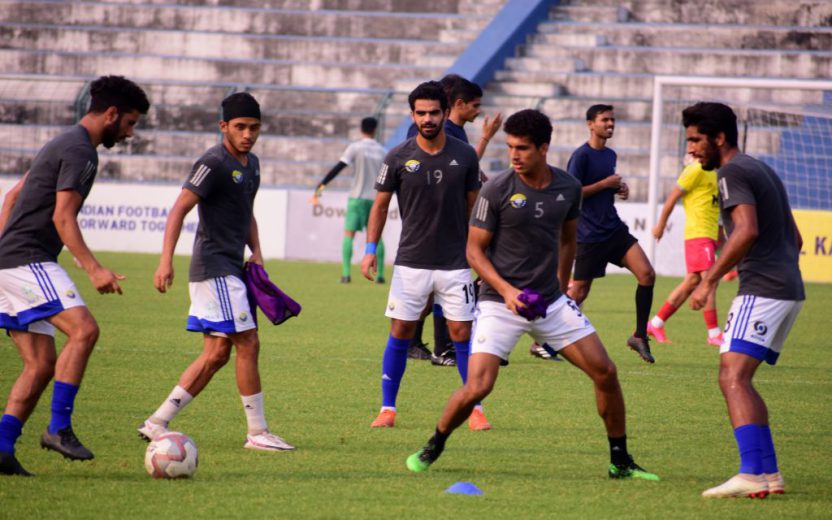 KALYANI: Both Real Kashmir and RoundGlass Punjab have had a difficult outing in the championship stage of the Hero I-League. Mathematically, both contingents might be out of the hunt for the title but there is still pride left to play for when the two teams clash at the Kalyani Municipal Stadium in Kalyani, West Bengal tomorrow (March 21, 2021). The match will kick-off at 7:00 PM IST and will be broadcasted on the 1Sports channel, whilst being streamed live on their Facebook page.

Real Kashmir started the season with a flurry of great results, they were unbeaten in the initial nine games but they haven’t managed to deliver the desired results when the stakes were high, as a result, they are out of the title race. The Snow Leopards now find themselves in the sixth spot with 18 points from 13 games.

Speaking at the pre-match press conference, goalkeeping coach Jonathan Craig said, “It is a very important game. Every single game that we play is important and the preparation has been excellent. Players have been working really really hard and are looking forward to the game. A lot has happened over the past few weeks and with a bit more luck we would have been way higher on the table. It has been a combination of a lot of injuries and tired bodies.”

“We will be asking the same work ethic, fire, desire, and passion from the players for the next match. We want to finish the game with three points tomorrow so the work ethic is going to be very very important,” the goalkeeping coach added.

Lalrindika Ralte who was also present at the press conference said, “It has been very difficult for everyone inside the bio-bubble. All the other teams are also inside the bubble so it is okay. We have been training hard but it is tough playing without the fans.” 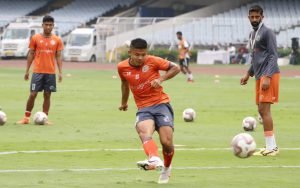 RoundGlass Punjab FC have played some quality football in the season but lately, results haven’t gone their way. They haven’t been able to produce what it takes to get the job done. A lacklustre performance in their last match saw them lose 1-0 to TRAU and Punjab will have to find the missing pieces in the jigsaw if they are to win all three points against the Snow Leopards.

Speaking at the official press conference, head coach Curtis Fleming said, “I think we have made a statement in our first season, I think we have shown that we can be competitive in the I-League which we are very happy with. I think probably when we look back on the games, we could have won the championship. The biggest thing for us this season was to be competitive and to stick to our philosophy.”

“As I said from the start of the season, this is not about just the one season. It is about what we want to achieve in the long run. I think till the last minute of this season everyone has to give everything for us and prepare for next season. I have no doubts that we are going to be stronger next season.”

“Real Kashmir FC are a very difficult opponent to play against. We know what they do, everyone knows how they play. They have been built over the last four seasons. It is going to be a battle” added Fleming when asked about his opponents.

Chencho Gleytshen, who was also present at the press conference said, “We started the season in a good way. This season has been a roller coaster ride. A win takes you to the top and a loss takes us to the bottom. But the atmosphere in the team has been good throughout.”