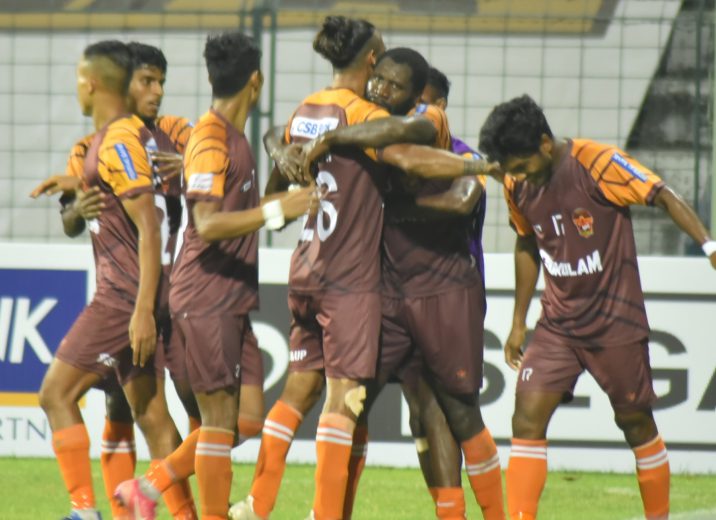 KALYANI: Gokulam Kerala will face Mohammedan SC in a must-win game in their quest for the Hero I-League title at the Kalyani Municipal Stadium in Kalyani, West Bengal tomorrow (March 21, 2021). The kick-off is slated for 7 PM IST and the match will be broadcast on 1Sports and 24 News, whilst being streamed on their Facebook page.

With just two match weeks to go, three teams have a realistic chance to win the Hero I-League- Tiddim Road Athletic Union (TRAU), Churchill Brothers, and Gokulam Kerala FC. While TRAU and Churchill have taken the top two spots with 25 points each, the Malabrians sit in a close third position with 23 points from 13 games.

With Churchill and TRAU clashing earlier in the day, Vincenzo Annese’s team not only needs to defeat Mohammedan SC but pray Churchill and TRAU share points by playing out a draw and ensure the title would be decided on the last match week. However, it would not be an easy task for Kerala, as the Black Panthers had beaten them by coming from a goal down to win 2-1 when the last time the two sides met.

Speaking at the pre-match press conference, head coach Vincenzo Annese said, “I was sure that Mohammedan would beat Churchill. It was painful when I saw the result- we failed to capitalize on the opportunity God gave us. We need to be focused now. We have lost one opportunity against Real Kashmir, but luckily we are still in contention.”

“We sure are under pressure. We need the three points, we need a victory! Mohammedan will be relaxed. We have lost against them by little mistakes. We want to go ahead and resist them. They are a good team, play good football. It will be an open game. I believe set-pieces- corners, freekicks will play a crucial role.”

“It will be the last opportunity for us. Everybody understands this. In the training today, the players were very focused. It is the first time I can say this season that we are prepared very well, very positively. We might see some new style tomorrow. I want them to enjoy their game tomorrow,” Annese added.

Striker Philip Adjah Tettey said, “It has been a very fantastic season so far. I have enjoyed playing with him (Dennis Antwi) this season.  But this is a team game, and each and every player is focused in the camp. We are working hard, and will overcome Mohammedan.” 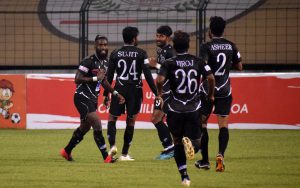 Mohammedan SC put up inspiring performances in their last two games as they came back from 2-0 down to draw 3-3, and followed it up by beating Churchill Brothers 4-1 to blow the title race wide open. Mohammedan sits in fourth place of Group A with 20 points from 13 games. Now, Shankarlal Chakraborty’s boys will look to build on these positive performances by beating Gokulam Kerala.

Speaking at the pre-match press conference, head coach Sankarlal Chakraborty said, “We are in a good mind space- the players have a positive body language, there is a happy atmosphere in the camp. The players are looking forward to the upcoming games.”

“There are many positives and negatives. We need to improve on defending and maintain our organization for 90 minutes. The positive thing is that we scored 4 goals after many games. Our priority is getting maximum points from the next game, and then focus on Real Kashmir.”

“Gokulam Kerala are a good team. They have quality foreigners and Indian players. They are still fighting for the title, and their chances would be better if they could beat us. So, it is going to be a tough game, but we are prepared for the game, and not afraid of them,” Chakraborty said.

Sharing about how he has gelled with his new teammates, Spanish forward Pedro Manzi said, “It has been a great experience so far. I felt like I joined a big family. The club has welcomed me. The players and staff are very friendly. I feel like I am at home.”