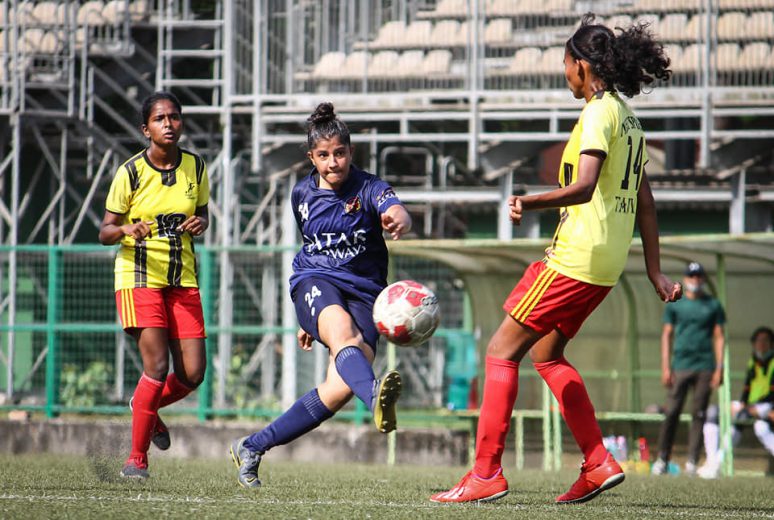 The second fixture witnessed Footie First overwhelm Amma FC with a 7 goal win. Jyoti’s exuberant form continued after she netted 5 goals. Footie First took a four-goal lead at the first half, in which the first blow came through an own goal by Akanksha Shelare (18′) followed by Jyoti, who scored a hat-trick (19′ (P), 38′, 45′) alongside Pooja Morey (33′). The second half kicked off only to see Footie First increase their lead. Jyoti added two goals to the tally (54′, 89′) and Mamta Kumari scored at the 81st minute to put the final nail to the coffin.

The third game saw Kenkre whip Next Sports Academy by a colossal 9-1 margin. Techi Akung initiated proceedings with an early hat-trick (8′, 15′, 19′) alongside Ritika Goveas (12′), Komal Badgujar (16′) and Harshika Jain (43′) to take a commendable 6 goal lead at the first half. Kenkre’s dominance continued in the second half with super-sub Kavya Jaiswal scoring a brace (80′, 90+3′) alongside Nabam Kamyi (85′). Purva Kamble scored the only goal for Amma FC in the 14th minute.