Persepolis will be the toughest test of my career: Glan Martins 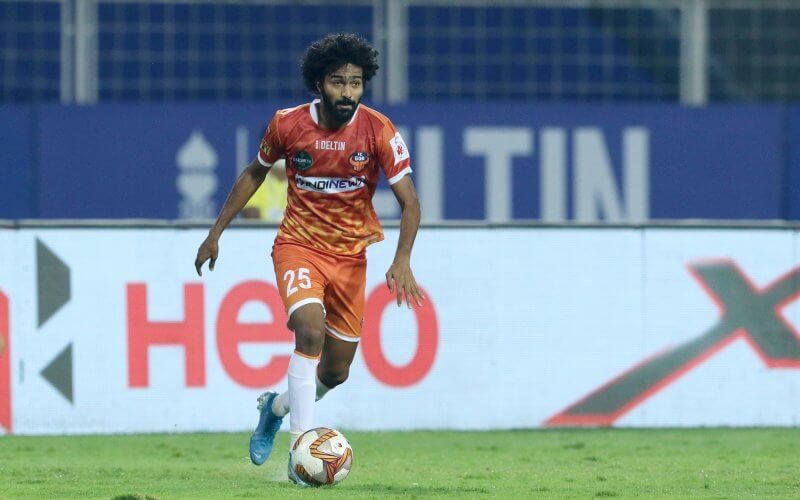 NEW DELHI: FC Goa midfielder Glan Martins, who has earned praises from all quarters in the first two Group E matches of the AFC Champions League, believes that the upcoming game against Persepolis FC will be the “toughest test” of his career.

The Gaurs, representing India in the apex continental club competition for the first time, have surprised one and all with their performance, and currently sit in second spot on the Group E table, with two points from as many games. However, they now face the 2020 ACL runners-up Persepolis, who occupy top-spot on the table, having won both their games so far.

“Nothing more than maybe arguably the toughest test of my career. They come with a reputation which is earned and now it is our turn to grow further and earn a reputation of our own. I am really looking forward to the game,” said Glan Martins. “We are going to enjoy the moment for now but we have to mentally put the results behind and prepare for Persepolis.”

The side from Iran are themselves wary of the threat that the Indian side poses, having troubled both Al Rayyan (Qatar) and Al Wahda (UAE) in the first two matches. Martins believes that the mental effort involved in matches against such teams, is what has helped Goa thus far.

“The level, of course, is higher. More than just the physical effort, we have to be mentally focused all the time as any weakness will be punished at this level. And the hard work, that cannot be attributed to one player, we all have to put our best foot forward and keep helping each other,” said the midfielder.

The 26-year-old has been receiving praises from all quarters in recent times, with the Al Wahda FC head coach Henk ten Cate saying, “He’s a very good midfielder. I saw him, and I liked him a lot”. However, Martins chose to stay humble amidst such praises.

“Well, I will say I am flattered. I am happy that I can be a big enough problem for other teams that their coach has taken note. All this is great and we are enjoying the moment but we still have four tough matches to look forward to,” Martins quipped.

Glan Martins is someone who has moved forward through the ranks in Indian Football. He burst onto the scene with Churchill Brothers FC Goa in the Hero I-League 2019-20 season and followed that up with a move to the Hero ISL by signing with ATK Mohun Bagan, before making a mid-season move to FC Goa, where he has been shining not only on the domestic level, but on the continental arena as well.

“Well, each of the leagues come with a challenge of its own. And I feel, whichever team I have played for in the leagues I have been in, I have always given my all. And I continue to do so. A crucial thing for me is the desire to get better. Even after two good results (in the ACL), I want to improve more,” said Glan.

The 26-year-old further stated that the meticulous attention to detail at Goa has helped him improve as a player.