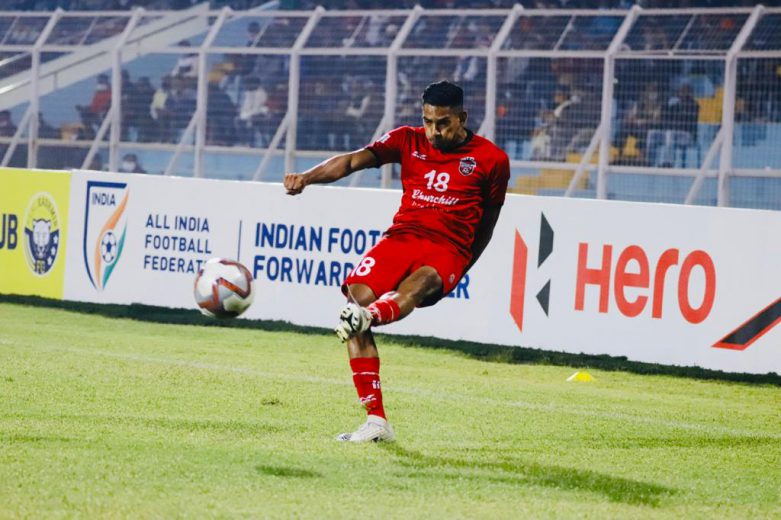 The young lad from Mumbai, who made the defenders suffer and showed his class in his debut season in the I-League, is none other than Bryce Miranda.

In an exclusive interview, Bryce shares about his journey in the I-league, his experience with Churchill Brothers, future ambitions and much more.

How was your journey from MDFA to the I-League?

MDFA to I-league wasn’t an easy journey at all; it was like a dream come true! I started playing for Mumbai FC at a very young age. I was with them for three years, where I played the U-18 I-league, 3rd division and 2nd division.

After these years I thought I could play the Elite division now and hence I joined Union Bank of India. With them, I won eight all India tournaments, and we had a good season where we finished 3rd position in the league. I gained a lot of experience and learned a lot in that one season.

Then in 2018 I moved to FC Goa, where I learned more about football in different aspects. This was the time I improved my skills and speed. It was a short time there but it was amazing.

Then came my time in Mumbai again, where I started playing for the Income tax team. That was an incredible season for me individually, and I was the only player with ten assists and three goals.

The significant change in my career happened last year November; one evening, Alex Ambrose gave me a call who is the Assistant coach of India U-17 girls team. It was Thursday, and he said I have to be in Goa on Sunday for the Churchill Brothers trials. I was in Mumbai because of the lockdown, but I was thrilled. It was huge news for me. I started preparing from that moment when I got the call and told myself this is an opportunity that I have to grab anyhow! That is how my journey started with Churchill Brothers.

However, the journey has never been easy for me. I have faced difficult situations at different times, but football is my life, and I will do anything and everything for this beautiful game.

How was your experience with Churchill Brothers this year?

Being my first year in the I-league, I have absolutely loved and enjoyed every minute of this club. Even after being my first season, I got to start every game of the league. Everyone at the club had a lot of faith in my ability. All I wanted to do is give my best every time I got on the pitch wearing the Churchill badge on my chest. This season has been a great learning for me personally, especially the guidance and inputs I got from my seniors and the foreigners.

How different was the practice sessions with Churchill Brothers than what you did earlier in your career?

The practise sessions were pretty tricky, but it was also fun at the same time. In those sessions, I got to know where I need to improve and not repeat the mistakes. The pre-season training sessions with the team paid off in the league for me.

But I was always ready mentally and physically for whatever the training be because they were always very intense.

You have had a great season with three assists and a goal, how do you feel?

It feels fantastic; I had three assists and a goal this season, and to be one of the best youngsters in the league, was the icing on the cake. My first assist came in my first game against Indian arrows that was the moment I gained the confidence and momentum I wanted. I enjoyed this season totally, but I keep my head down and will work harder to gear up for my next season ahead of me.

You finished second in the league, just missed the title. What learnings will you take from this season individually and as a team?

We finished 2nd, but our team won hearts. The entire team gained a lot of learnings and experiences. We as a team will surely improve and try not to repeat the mistakes we made. For me personally, this year with this historic club was unbelievable!

Football is a game full of learning, and we are going to bounce back even stronger next season and make sure we get the title back to Goa!

What are your future plans and ambitions?

I have one dream, one ambition to wear the Indian jersey on my body, and I believe if I keep working hard and be consistent, I will make it to the national team one day, and I think that day isn’t far. That’s the ultimate dream. This is my biggest dream, and for this, I can sacrifice anything!

After a successful season with Churchill, narrowly missing the title, Bryce heads into season break more eager and raring to go again. He will surely look to take his club one step further and clinch the title next year!