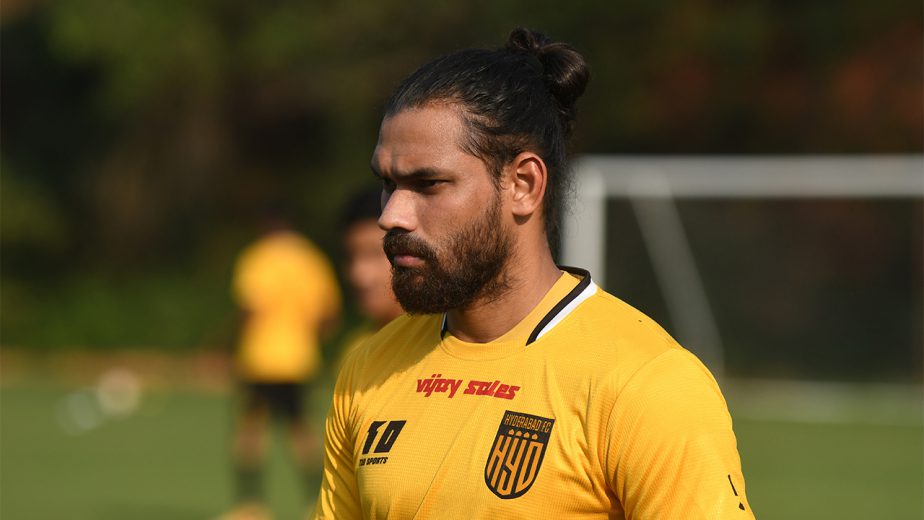 Hyderabad may have only have got a point against Hero Indian Super League leaders Mumbai City FC in their previous game, but the result was important in more ways than one.

In what was one of their most difficult matches of the season, they put on a gritty display, registering their third clean sheet of the season, restricting Mumbai — a side that has scored the most this season — to a goalless draw. The Nizams could have also bagged the three points, had they converted their chances.

Now, after an improved performance against the Islanders, Hyderabad coach Manuel Marquez will be hoping for more of the same from his side when they face bottom-placed Odisha FC at the Fatorda Stadium, here on Tuesday. A victory in their next game will put Hyderabad level against FC Goa, who currently sit third.

“For sure (the confidence is high), when you get a good result (against Mumbai) even (though) we wanted to win,” Marquez said. “The performance of the team was very good in all the aspects — physically, tactically and technically.”

The last time these two sides met early in the season, Hyderabad got the better of an injury-marred Odisha side thanks to Aridane Santana’s penalty. With form on their side, Hyderabad will start favorites again but Marquez is expecting a different challenge from Odisha this time around.

“In that game, we played better but we only won 1-0 with a penalty,” he said. “Odisha have been playing better in the last few games. I know they are the last team on the table but all the people who are following this championship know you can win or lose against other teams.”

Odisha come into the game after a demoralizing loss against Chennaiyin FC – their 7th defeat of the season, which is also the most by any side. They only have six points in their kitty and anything less than a win on Tuesday would further dent their playoff hopes.
But despite the odds stacked against them, Odisha coach Stuart Baxter is hoping for an improved show against Hyderabad, who he labeled as one of the most complete sides in the league.
“With the team we had in the first game, we played a good game, although it was decided by a penalty after a massive mistake by us,” Baxter stated. “I’m hoping we can show we have improved and deal with them a lot better.”