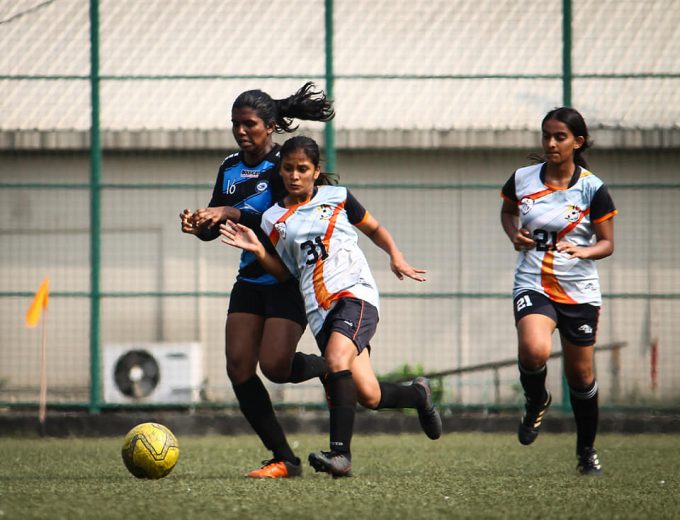 MUMBAI: It rained goals in Matchday 7 of the MFA Women’s League during the 4th round of Group-A fixtures.

India Rush edged past Bodyline SC in the opening encounter, courtesy to goals from Ashelle Pereira and Christina Michael. Ashelle drew the first blood at the 18th minute which was later equalized by Bodyline SC’s no. 10 Deniese Pereira. The first half ended on equal terms, but Christina Michael’s heroics at the 50th minute eventually proved to be the difference between both sides.

Footie First ran riot in the second game with a thumping 10 goal win over Somaiya SA. Goals from MamtaKumari, Payal and Jyoti, who later went on to score 4 goals, scripted a convincing victory for Footie First.  With a dominant performance, Footie First rank first in the Group-A table after 4 games where they won thrice and drew once.

The final encounter of the day witnessed Future Star eke out a two goal win against Oscar. After a goalless first half, Mayuri Morey broke the deadlock at the 41st minute. Within the next few minutes, Rakhee Sawant added to the tally and cushioned Future Star’s fate. Currently, Future Stars is placed at the 4th position with 6 points from 4 games whereas Oscar languish at the bottom yet to open their points tally post 4 encounters.