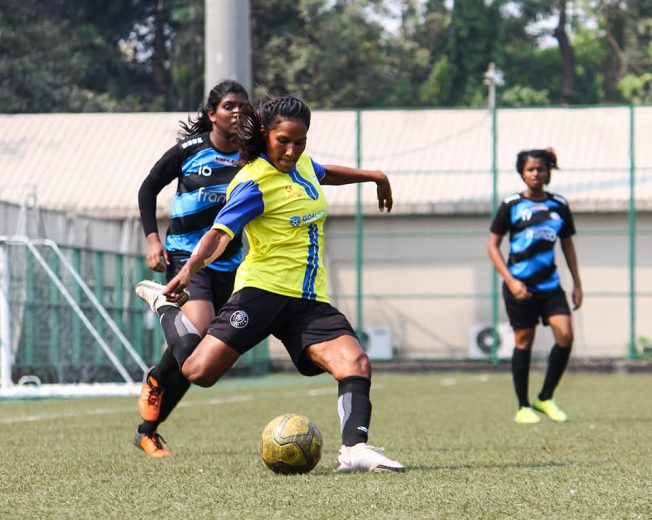 MUMBAI: Matchday 5 of the MFA Women’s League saw Bodyline, Somaiya and Future Star script comprehensive victories to strengthen their position in the league.

Unbeaten Bodyline SC romped to another victory earlier today when the side faced Future Star FC. Goals from Akanksha Dhyani and Diti Kanungu ensured three points and a place atop the Group-A table. The first half ended with a solitary goal lead in favour of Bodyline, courtesy of Akansha’s goal at the 18th minute. Bodyline fielded with more intent at the second half and went on to increase their lead. Diti Kanungu found the netting at the 61st minute to clinch three points. Bodyline are placed at the top of Group-A with two wins and a draw from three games.

Pranali Nadankar’s heroics at the fag end of the match ensured Somaiya SA the bragging rights against Oscar. In an evenly poised encounter, both Somaiya and Oscar had chances to break the deadlock. After a goalless first half, Somaiya SA fared well and eventually ended having the last laugh at the final whistle. This win meant Somaiya initiating the first points in the league whereas Oscar languishes at the bottom being unable to open their points tally post three matches.

The final game of the day handed India Rush their first loss in the competition when they locked horns against Footie First. After a feisty first half, both the teams headed to the tunnel with a goalless draw. It was only at the 67th minute when Pooja Morey drew the first blood. In the additional time, Jyoti Chouhan found the net and scripted a comfortable victory. With this win, India Rush is placed at the 3rd position lagging a point behind 2nd placed Footie First.

FootballCounter’s ‘Photo of the Day’