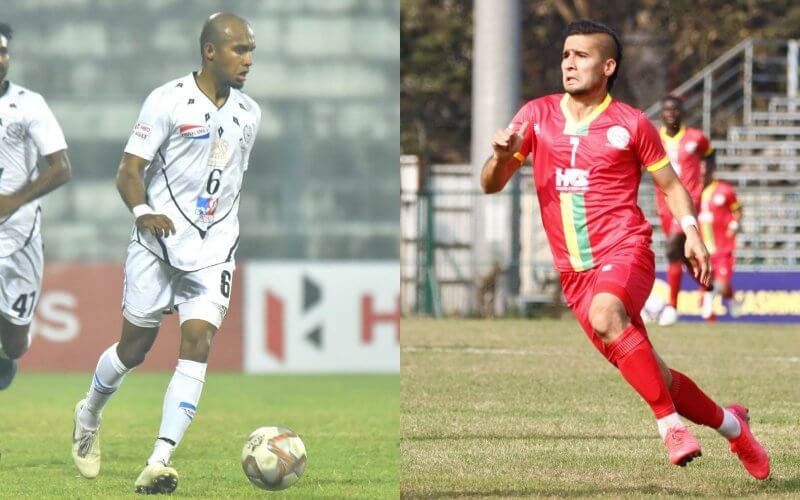 KOLKATA: With the international window coming up, two of the biggest Asian exponents of the Hero I-League – Komron Tursunov of TRAU FC and Jamal Bhuyian of Mohammedan Sporting – have now said their goodbyes to their respective club teammates and fans.

Bangladesh captain Jamal Bhuyan is set to join his national side, which will play a Tri-National tournament against Nepal and the Kyrgyz Republic U-23 Team from March 23-29. Meanwhile, Komron Tursunov is set to join the Tajikistan team for their FIFA World Cup Qatar 2022 Group F Qualifier against Mongolia on March 25.

Jamal Bhuyan, who was on national team duty in Qatar before the start of the Hero I-League, said, “It was not an easy start by any means for me. I had to be in isolation for almost one month if you count my time in both Qatar and in India. But I think once that phase got over, I started to relax a bit more, and regain my power. So overall, it has been a good comeback for me after that.”

For TRAU forward Komron Tursunov, who had won the Hero I-League title with Mohun Bagan last season, it was more a matter of proving the doubters wrong.

“I became champions with Mohun Bagan last season, but nobody believed in TRAU’s capability at the start of this campaign,” said Tursunov. “But, we showed everyone that if you work hard enough, and do what your coach says, you will be a strong side.”

“Now that we are at the top of the table, more people believe in TRAU than they did at the start of the season. I’d like to wish my team all the very best. Although I would not be able to play the last two matches, I hope they win the title,” he continued.

Both Tursunov and Bhuyan played crucial roles in their respective final matches in the Hero I-League, putting their teams in a much better position on the points table. While the Tajik international scored the only goal in TRAU’s 1-0 victory over RoundGlass Punjab FC, the Bangladesh skipper walked out as the captain for Mohammedan SC, and provided two assists in a 4-1 victory over title contenders Churchill Brothers FC Goa.

However, it was not an easy start to the campaign by any means, for either of these two international stars. The Bangladesh skipper, who was playing in the Hero I-League for the first time, felt that it has been a difficult campaign, one where the results have been quite unpredictable. 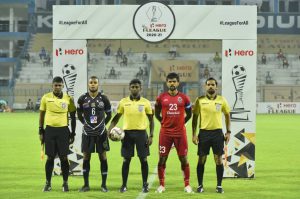 “This league has been very tight. You never know who is going to win on the day, and that’s a very good sign. One day you can win against the top side, and the next day you can lose against the number 10 team,” he stated.

However, with Mohammedan Sporting having a long history and a large fan-base, such losses have drawn some criticism.

“The fans here are amazing. If you win a game, you will be praised. But if you lose, you will surely hear about it from them,” smiled Jamal. “It has to be like that. If you lose, you have to pay for it, and I find it beautiful. For me, it doesn’t bother me if somebody says something bad to me, or the other way round. I just enjoy the moment, and thanks to the fans for always watching Mohammedan.”

Despite the ups and the downs, Jamal’s season culminated in donning the captain’s armband for Mohammedan on his last matchday, something that the Bangladesh skipper will cherish. 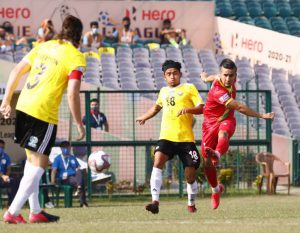 “Mohammedan have a beautiful history. Wearing the captain’s band was a proud moment for me. I’m sure I am going to remember this day forever. You come from a small country like Bangladesh, and you come to India, become a captain for Mohammedan, it’s a special feeling,” said Jamal.

TRAU forward Komron has played a crucial role for his side this season, amassing six goals – one of which made the history books as being the fastest goal in the Hero I-League. The Tajikistan International believes that Kolkata has now become a second home for him.

“I love this city, Kolkata. This is like my second home,” beamed Komron. “I’ve had some very good memories here, winning the championship last season, and I hope my teammates can produce the results in the last two games and win another championship for me.”