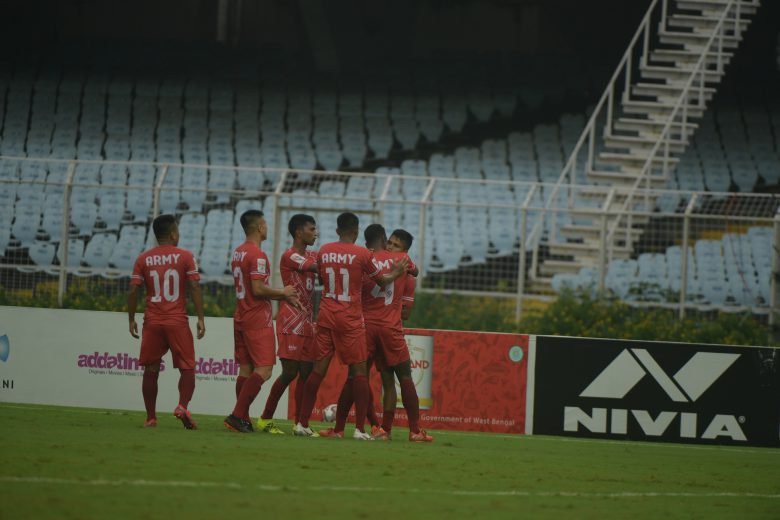 In the other game at the VYBK, Army Red continued their brilliant run and defeated Indian Super League (ISL) side Hyderabad FC 2-1 to become the second regimental side to qualify for the knockouts.

Liton Shil of Army Red scored a brace and was the star of the match. Koustav Dutta scored the only goal for Hyderabad FC.

The first half was very eventful with both teams playing equally well. Liton Shil broke the deadlock in the 32nd minute but Hyderabad’s Koustav Dutta did well to score the equalizer, just two minutes later. There were quite a few chances created but after that but it remained 1-1 at half time.

Army Red played a very attacking game in the second half and Liton Shil did well to score the winning goal for the Reds, taking his team through to the quarter finals.

Elvis Chikatara of Gokulam and Liton Shil of Army Red were adjudged to be the Man of the Match from their respective games.