CHAMPIONS GOKULAM KERALA AND ARMY RED THROUGH TO DURAND QUARTERS 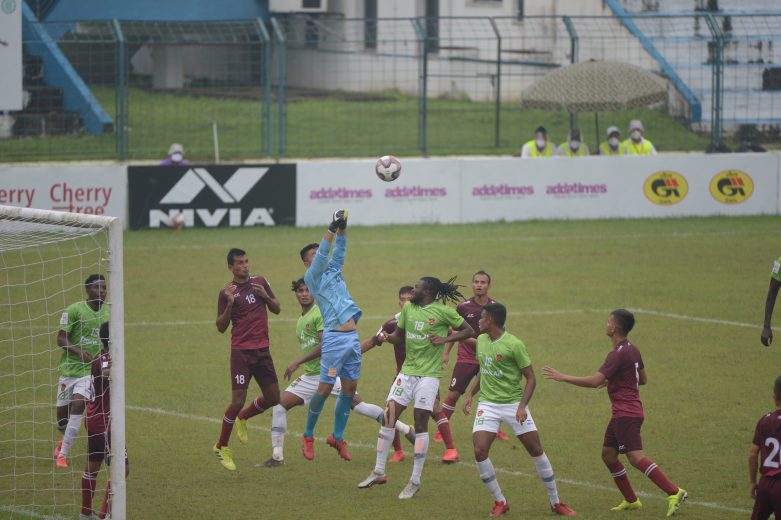 KOLKATA, September 19, 2021: One did it in style, while the other upset incredible odds but both got the job done, as defending Champions Gokulam Kerala FC and the Army Red Football Team made it out of Group D, reaching the quarter-finals of the 130th Durand Cup. In the event, the Army Red team became the second Services team after Army Gree to make it through to the tournament’s knockout stages.

The simultaneous final group fixtures, were extremely contrasting in nature. While the game between the Reds and ISL side Hyderabad FC at the Vivekananda Yubabharati Krirangan (VYBK) was tight and cagey in nature, it rained goals at the Kalyani Stadium where Assam Rifles and Gokulam Kerala squared off.

The Malabarians showed no mercy and raced to an emphatic 4-1 lead by half-time.

In the second half, Chikatara added a double to his name to complete his hat-trick, the first of the 130th Durand Cup. Substitute Sourav also joined the action and nicked a goal for himself in the 61st minute.

Assam Rifles did score twice (Soibam Roger Singh 36’, Samujal Rabha 63’) but it was nothing more than consolation.