Know the secret behind football clubs and their nicknames 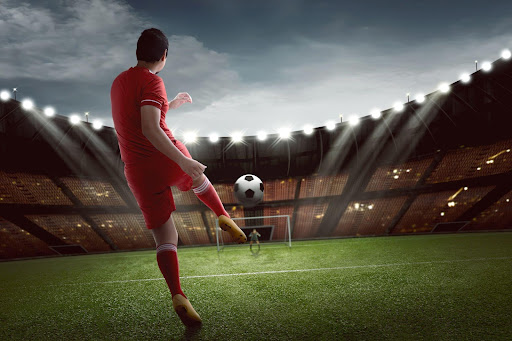 How did Everton become the Toffees or Manchester United become the Red Devils? The names of some clubs come from shortening the club’s name, while some clubs have got their nicknames after plants, colors, and religion.

Some of the nicknames even sound nonsensical and bizarre in the present times, but once you’ve examined their history, you’ll see the names make a lot of sense.

The pandemic was brutal for football fans, too, as the world of sports had to adjust to the new-normal situations. The football leagues were held in stadiums devoid of the cheering audience. That’s when people turned to fantasy football to be part of the action and thrill. You can play fantasy football online and create your player lineup and compete against other users.

If you’ve ever wondered how football clubs got their nicknames, continue reading.

The name Manchester United was adopted after Manchester Celtic and Manchester Central were rejected. A color change accompanied the change in name in April 1902. In the beginning, the jersey was a pair of white shirts with black shorts, and then there was a period of all white with a red V. Then, the famous red shirts were adopted.

Salford, the local rugby league club, is credited with helping Manchester United find their nickname. The all-red Salford’s performances in 1934 on tour in France impressed the French media, and they branded them ‘Les Diables Rouges.’ Sir Matt Busby, the legendary manager of United, liked the nickname and thought the reference to the devil sounded intriguing. The devil logo started being implemented officially into the club’s merchandise, and in 1970, it was added to the badge.

Most football fans think it’s not interesting that a club’s nickname pays tribute to the color of their shirt. However, it is quite intriguing when it is about Liverpool and their badge. The club’s badge features a mythical creature known as the Liver Bird. It is an imaginary cross between a cormorant and an eagle, and it was used as the city’s seal before the football club’s formation in 1892.

Kop was the term used for the most famous section of the football club’s fans and sometimes, the club itself.  The club gained the name from a South African battlefield called Spion Kop, where a local regiment suffered heavy losses during the 1900 Boer War. The club erected a new stand in 1906 made of brick and cinder, and Ernest Edwards, a local sports editor, came up with the nickname to honor the soldiers who had fallen.

Leeds United: The Whites, The Peacocks

These days, Leeds United is famously known as The Whites due to their kit, but fans have known them as The Peacocks for generations.

The Old Peacock Ground was the original name for Elland Road, and the original owners named it after a pub known as The Old Peacock. Some fans believe the name Peacock was inspired by the club’s first colors, royal blue with yellow trimmings.

The Whites is the nickname inspired by the club’s all-white outfit, and this didn’t appear until the arrival of Don Revie in 1962. Don wanted everyone to believe that the club could be as great and successful as Real Madrid.

The Brewerymen was one of the first nicknames of Manchester City after it rose from the failed embers of Ardwick FC. Chester’s, a local brewery, revived the club after receiving financial support. They even helped with purchasing players, and the headquarter of the club was The Hyde Rd Hotel, a pub. The pub was owned by Chester’s, and many other directors and officials were involved in the brewery trade.

From the word City, the Citizen’s nickname evolved. However, the name did not impress everyone, and the nickname was even ranked as one of the worst Premier League nicknames.

The nickname Blues is so apparent because it is based on Chelsea’s kit. The nickname replaced The Pensioners, the club’s nickname due to their association with the Chelsea Pensioners, one of the famous hospital homes to British war veterans.

Before the COVID-19 pandemic, the loyal pensioners got seats for all the games at Stamford Bridge.

In the 19650s, The Pensioners was dropped as the nickname, and for want of a better name, the club went with The Blues.

Since 1888, the Arsenal crest has featured cannons, and the club retained the logo and nickname despite the move to North London’s Highbury in 1913.

For Brighton’s nickname, some of the credit goes to the club’s rivals, Crystal Palace. Dolphins was the first nickname of the football club, and it was coined in the 1970s, even though a dolphin has been a part of the crest since the 1940s. Thanks to some of the creative fans of the team, the nickname was short-lived.

The story for the change in the club’s nickname goes that a group of Brighton fans planned to respond to Crystal Palace fans chanting Eagles, Eagles during a heavy drinking session in 1975. They wanted to respond by chanting Seagulls, Seagulls. Thus, the fans quickly adopted the nickname, and the club added Seagull to their badge in 1977.

So, that’s how your favorite football teams got their nicknames. Now stop worrying about this and go ahead and play fantasy football. Experience the thrill of being part of the action and not merely staring at your television.

Chennaiyin stand tall against Hyderabad to start off their campaign with a win
We are proud of the Indian Women’s Team, echo Sunil, Gurpreet, Sandesh