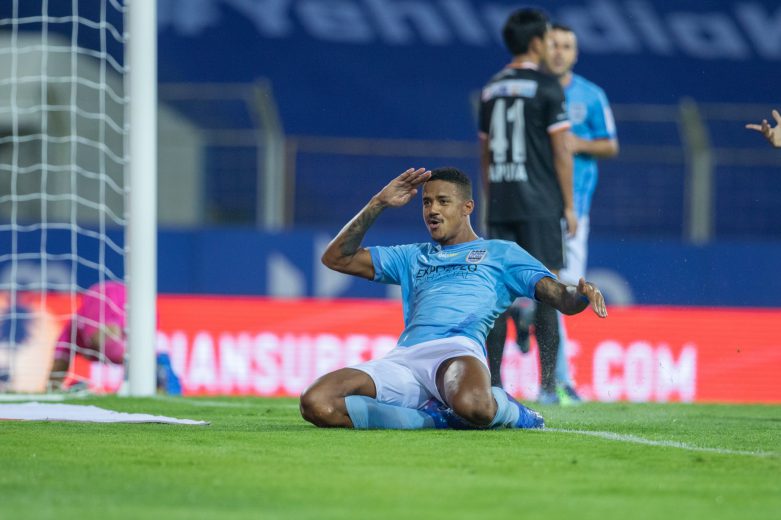 FC Goa’s ISL campaign started on a sour note as Juan Ferrando’s men went down 0-3 to Mumbai City FC. The Gaurs never really got into their stride and looked disjointed in the season opener and the Islanders made the most of the lacklustre performance from the away side.

The defeat, the biggest for FC Goa under the stewardship of Juan Ferrando, was also the first time the Gaurs lost their opening ISL game since 2016. The starting line-up saw Ferrando give debuts to Airam Cabrera and Papuia, however, neither had outings that they would like to remember.

The initial period of the game saw both the sides stuttering time and again as they uncharacteristically failed to put passes together.

It was FC Goa who got the first real glimmer of the opener as Glan Martins did brilliantly to win the ball inside Mumbai’s box before looking to tee off Airam Cabrera. Martin’s ball though turned out to be a bit too heavy for the Spaniard.

Former Gaur Igor Angulo took over in the next six minutes, scoring twice to put Mumbai firmly in the driver’s seat. After converting from the penalty spot in the 33rd minute, the Spaniard found the back of the net yet again three minutes later – this time thanks to a brilliantly taken shot from the edge of the box after some brilliant work from Raynier Fernandes in the middle.

The Islanders nearly got their third before the halftime break when they broke behind the Goa backline only for Raynier Fernandes to hit the crossbar from a one-on-one chance.

FC Goa did make the game more interesting in the second half but failed to really make a mark in the final third as Edu Bedia and Jorge Ortiz failed to keep their half chances on target.

The Gaurs were made to pay for their sloppy play in the 76th minute as substitute Ygor Catatau compounded their misery as he headed from his first touch of the game to make it 3-0.

The Gaurs will be back in action on November 26 when they take on Jamshedpur FC.