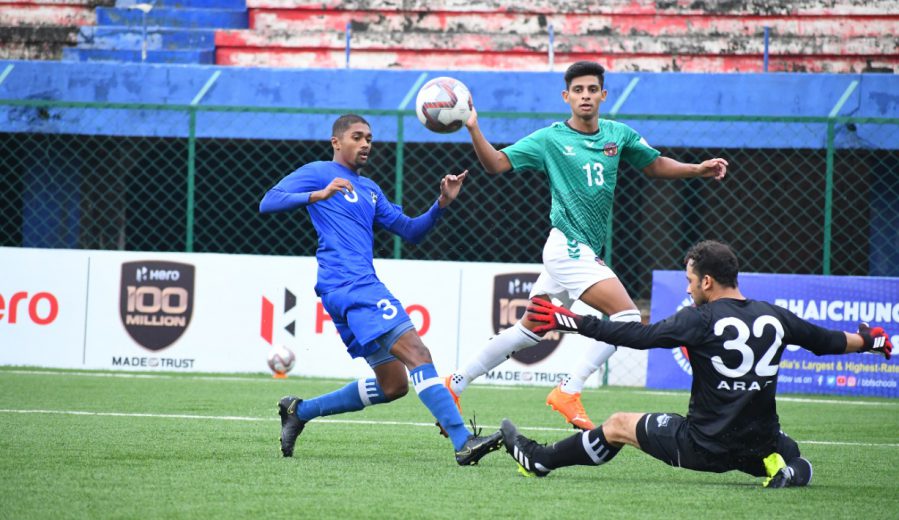 Two wins in two games, it has been a perfect start for Kenkre FC into this Hero I league Qualifiers and will look to make it 3 in 3 against Corbett FC

It has been an excellent campaign for Kenkre this Hero I-League Qualifiers, the Mumbai-based side will aim to continue on their bright run of form to make it three wins from their first three matches when they take on Corbett FC on October 12, 2021, here at the Bangalore Football Stadium. The match will kick off at 12:30 PM IST, and it will be streamed live on the Hero I-League’s official Facebook page.

With just one point in three-game, Corbett FC has already bowed out of the tournament but will line up for their final match campaign with pride at the stake.

Corbett FC head coach Caetano Pinho reflected on his side’s overall performance ahead of his team’s last group stage match, insisting that his side will carry valuable experience from their debut campaign in the Qualifiers. “Overall, the results have not gone in our favor. However, we have performed according to our plans and competed well in each game. As the head coach, I take full responsibility for our showing in the Qualifiers so far. Moving forward, we have been able to identify some areas where we need to focus, train harder and improve on. As we have more time to prepare and train together, we will give a better account of ourselves in the future.”

Pinho insists that the current standings will have no impact on how Corbett FC will approach their next match against Kenkre FC. He said, “We will go out tomorrow and play with the same objective of competing and winning every match. As a coach, that is always the number one motivation. No coach will ever go into a match aiming for anything less than this. We will look to play with the same mentality of applying ourselves with caution and not make errors on our part.”

The mood in the Kenkre FC camp is full of positives at the moment, as the Mumbai-based side have narrowly edged out the opposition in their first two matches. However, head coach Akhil Kothari believes that his side cannot rest on their laurels and must keep up the same level of performance in their upcoming matches.

Reflecting on his side’s form, Kothari said, “We have been performing well, and I am happy to gain maximum points out of our first two matches. Our approach is to make further progress in this competition by focussing on our set plan.”

Kenkre FC center forward Ranjeet Pandre spoke about the team’s state of mind ahead of their third match in the virtual pre-match press conference. Pandre said, “The team is quite confident at the moment, and the morale is quite high. It is always important to do well at the beginning of a competitive tournament, so it was a good thing that we won our first two matches. The approach is to do more of the same in our coming games.”

“As a player, my ambition is to play well at this level and try to progress even further in competitive football in the future. The team’s mindset as a group is to follow a simple game plan and play the game with joy such that our matches are fun for us to play and enjoyable for those who watch.”

Depending on the outcome of other matches in Group B, Kenkre FC can confirm their berth in the final round of the Hero I-League Qualifiers with a solitary point against Corbett FC tomorrow.

Patient Blue Tigers look to complete ‘job at hand’ after win against Nepal
The game against Chinese Taipei will be our toughest test, say Thomas Dennerby