It has been a fantastic journey with Odisha Sports, and it’ll be even better going forward: Kushal Das 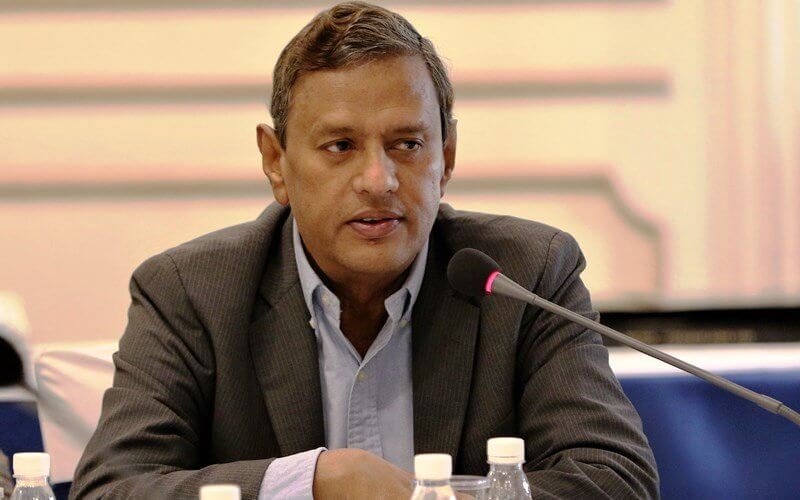 Mr Kushal Das, General Secretary lavished huge praise on Odisha Sports for a successful partnership which started in 2019 through signing an MoU in New Delhi.

“This has been a great journey. I’m so happy to be part of this whole project. We started off by signing an eight-year MoU. I’m extremely grateful to Vishal-Ji, Vineel-Ji and the whole sports department of Odisha for giving us this support. I think it’ll be even better going forward,” he mentioned.

Mr Vishal Dev complemented All India Football Federation as a very “professionally-run” organization and looked positively at the working relationship so far.

“Over the past few years, sports has become a priority for the Government of Odisha. In fact, it’s the vision of the honourable Chief Minister, Mr Naveen Patnaik to make Odisha the leading state in the country for sports. We’ve come to a stage where Odisha as a state, wants to be the foremost in the country. We’ve already reached there in several areas of governance including rural roads, rural housing, housing for the urban poor, poverty reduction, industrial development, disaster management and many more,” Mr Dev averred.

“Odisha is usually known for hockey. But next to hockey, football is a very popular game in Odisha. It is the most popular game worldwide and we see an increase in popularity in Odisha and the entire country as well. Several Odisha-born players have represented the country, especially in women’s football. So it was our desire to strengthen the ecosystem of football within the state so as to help our players get the best opportunities for training and coaching. That was the desire and I must give credit to AIFF and Mr Das for coming forward. It’s a very professionally run federation, unlike that for many other sports. It has been a great experience working with them,” he continued.

Mr Das elaborated that Odisha is one of the most advanced states across the country and the importance of “sports and tourism” is one of the key aspects to blossom further.

“Odisha is one of the most progressive states of the country at present. Being a progressive state, sports and tourism play a very important role in the overall development of the State. The honourable Chief Minister of Odisha had announced setting up of various centres of excellence and football was one of them. The Hockey World Cup hosted in Bhubaneshwar was a huge success.”

“It was just a matter of time when Football would have found a home in Odisha. I’m very happy to be part of the overall sports development structure of Odisha,” Mr Das opined.

Mr R Vineel Krishna reiterated that besides Hockey, football is extremely popular in the state. He mentioned that 11 out of the 16 Sports hostels being run by the state authority have football as a discipline, for both men and women footballers.

“Apart from Hockey, football is extremely popular in Odisha. We have around 16 hostels and out of those, 11 cater to budding footballers. In the Hero Indian Super League too, we have representation in the form of Odisha FC, which is supported by the State government in terms of infrastructure and other support systems. The whole idea is to bring a professional culture towards the development of football in Odisha.”

“Many of our youngsters have gotten an opportunity to play against quality opponents, like the reserves and U-18 teams of Jamshedpur FC, ATK Mohun Bagan, Odisha FC, etc. These activities have helped our kids get exposed to better quality opposition and that has helped them improve their footballing acumen in recent times.”

Mr Krishna further mentioned that apart from players, they are focussed on coach education as well.

“Apart from this, we’re also looking at coach education, scouting workshops, development of referees, etc. We’re quite happy with the progress and the partnership with AIFF and the way that football has picked up in the state.”

Meanwhile, Mr Das rued the opportunities lost due to the outbreak of COVID-19 pandemic. However, he stated that Indian Football will surely put forward a firm stride along with Odisha Sports, together.

“Unfortunately, the pandemic is beyond our control. Going forward, we’ll have a specific plan regarding developmental activities like coach education, refereeing, talent identification, etc. One of the aspects of the MoU is to develop the National Centres of Excellences for youth teams in the state. That is where we are now going to focus a lot and hopefully, with 2021 ushering in the hope, it’ll be much better going forward.”