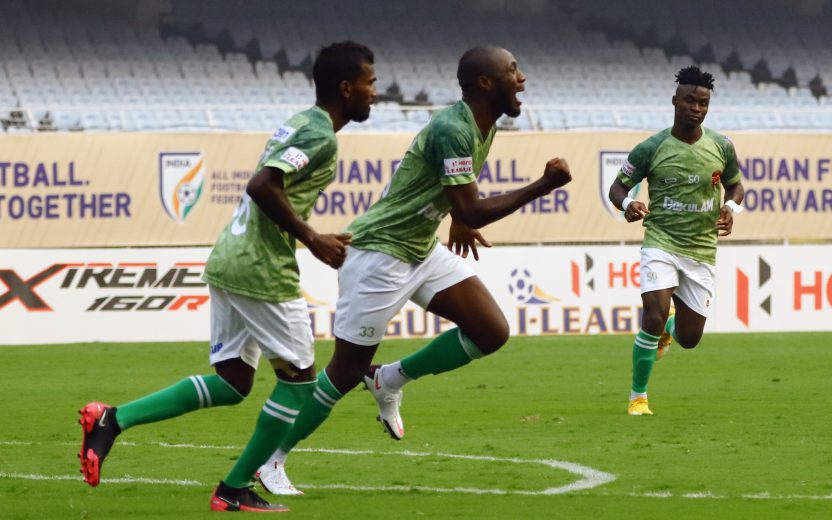 Around 11 years ago, a certain striker from Ghana named Asamoah Gyan missed a crucial penalty in the 2010 FIFA World Cup quarterfinal against Uruguay, but still went on to make history by being the highest international goalscorer from his country.

Fast-forward to the present and another Ghanaian marksman, Dennis Antwi, missed a penalty in a Hero I-League clash between Gokulam Kerala FC and RoundGlass Punjab FC, but still made amends by scoring a brace that eventually helped the team from Kerala come back from 1-3 down to win 4-3.

Antwi may be new to the realm of Indian football, but the 28-year-old has been inspired by none other than his idol, Gyan, to ply his trade in India.

“Asamoah Gyan is one of the biggest strikers in Ghana, and of course, I’m a big fan of him. I’ve been following his career for a long time now and I must say that him playing previously here inspired me to come to India,” Antwi said to i-league.org.

“Football has changed these days. It’s not just restricted to a few countries. I think you’ll find that quality football is played in a lot of countries around the world now, and India is definitely one such country,” he continued. “So when I had an offer to come here, I had a word with the staff and took the chance of coming to India.”

Having come to India in the unusual times of the Pandemic, Antwi has had a fascinating experience of playing the beautiful game in the new normal.

“Things were a bit strange at first, with all the precautions and restrictions in place for us all. But I feel that football is being conducted in a very professional manner here,” said the Ghanaian striker. “So many precautions are being taken to protect the players from COVID-19.”

Antwi himself is acquainted with Gyan, who has not only inspired the former to come to India, but also to take up the number 33 jersey at Gokulam.

“I’ve been acquainted with him for some time. We all look up to him back in Ghana and Asamoah himself is a very good person. He’s my role model – he’s the reason why I took the number 33 jersey here,” stated Antwi. 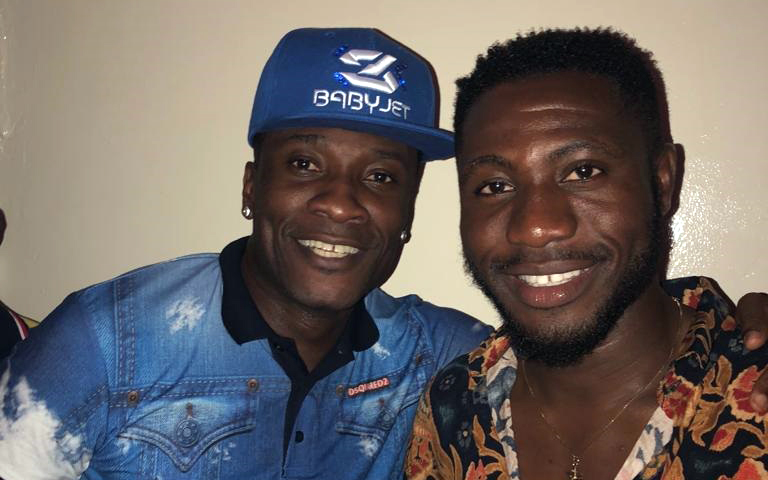 Having played two matches, Gokulam have picked up three points so far. But it is the manner in which that they picked up those three points that has captured the imagination of the fans across the country.

Taking a 1-3 deficit into the dressing room at half-time, the Malabarians came out with much vigour in the second half, only for Antwi to miss a penalty. However, the 28-year-old showed his character, as he soon struck twice in three minutes to put his side level, before Philip Adjah Tettey put the Kerala-based club in the lead and secured the three points.

“I’m a very ambitious person. When I missed that penalty, Adjah came and told me to carry on and said that these sort of things happen in football. But that miss made me more aggressive. I became hungrier to make amends and rectify the mistake. That’s what made me step up and score those two goals,” said Antwi.

Having played one of the most exciting matches in the Hero I-League so far this season, Antwi hopes that the dedicated fans of Gokulam Kerala keep their patience in these difficult times and continue supporting their team from far.

“I’d like to ask every fan to remain patient. These are difficult times, but we all hope to do well for you. We have a good team, and we are taking it one game at a time. So stay home, stay safe, and keep supporting us,” he mentioned.

It has been a fantastic journey with Odisha Sports, and it’ll be even better going forward: Kushal Das
Laszlo looks for wins with Fowler’s red and gold army marching on