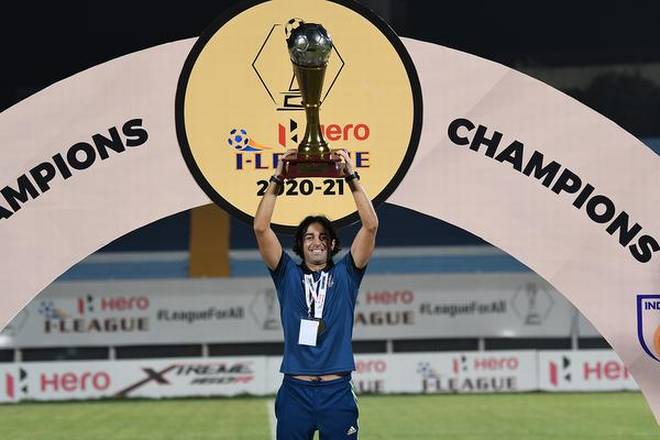 After a successful debut season, Gokulam Kerala FC coach Mr Vincenzo Alberto Annese signed a contract recently, which will keep him with the club until 2022.

The coach has transformed Gokulam into a champion team in just a year’s time and has left his mark in India, becoming one of the finest and in-demand coaches.

This year the Malabarians won the I-League title in a tough fight with the Churchill Brothers and TRAU on the final matchday of the league. They finished at par with Churchill Brothers, having the same number of points, but Gokulam won on goal difference. 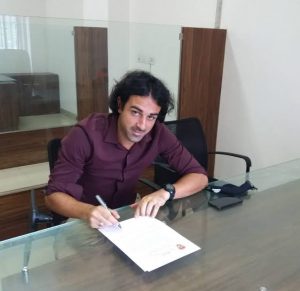 Annese’s all attacking gameplay worked pretty well for the team; they scored 31 goals in total, the most by any team in I-League this season. According to him, what he did differently was concentrating more on Indian players. Trying to groom and develop the players he already had, especially the local players, was the key to Annese’s success. The Italian coach also unearthed some young players like Emil Benny, the AIFF Emerging Player of the year this season, and he also thinks Benny has the quality to play for the national team one day.

The stakes are high for Gokulam next year as they are all set to play the AFC cup group stage in 2022. Coach Annese wants to defend his I-League title next year and become the first foreign coach to do so. The coach stated, “I am so excited to be a part of the Gokulam family again. We have already set our targets for the next season. We need to repeat our I-League title win and also concentrate on AFC Cup. I am so happy that I can continue my project at Gokulam next year also,” after signing the new contract.