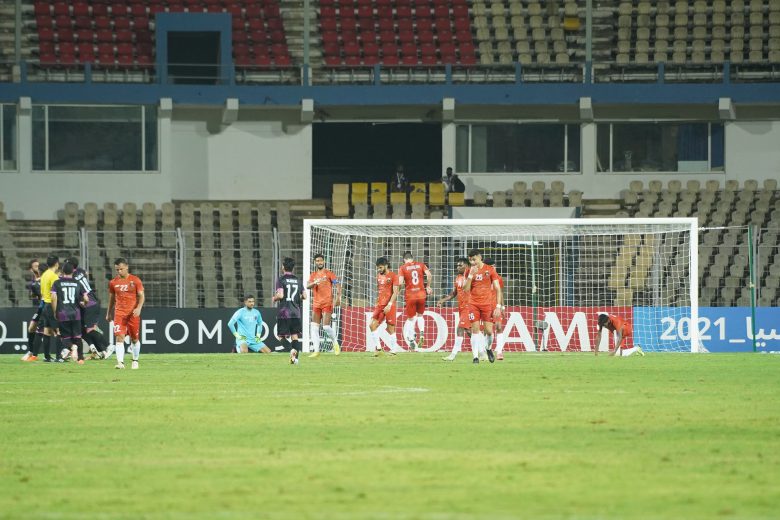 FC Goa lost 0-4 to Persepolis FC on a disappointing night at the Pandit Jawaharlal Nehru Stadium at Fatorda for the Gaurs.

A new look FC Goa side took to the pitch with eight changes in personnel made by Head Coach Juan Ferrando a day after he suggested changes could be on the way due to fatigue of playing 6 games in the space on around 20 days.

After twenty four minutes of sparring and Goa holding their ground, Persepolis finally gained the advantage as a slide-rule pass played into the path of Shahriyar Moghanlu, who decided to shoot first time. The left footed effort was hit straight at the goalkeeper, but Naveen failed to get down low in a hurry, giving the Iranians the lead..

Goa’s stern resistance was broken, and they offered only one real effort on goal in the first half, coming from Alexander Romario around ten minutes after they conceded the opener.

The Goan nerves at the back showed again in the 43rd minute as Naveen fumbled a cross into the box and before miscommunication resulted in him fouling Issa Alekasir in the penalty area and in the process, conceding a spot kick.

The penalty was converted by Mehdi Torabi – his second from the spot in as many games against the Gaurs.

There was hope that the second half would bring some joy for the Men in Orange but that optimism disappeared quickly as Alekasir cut inside from the left and fired a shot past Naveen from inside the penalty area to make it 3-0 within two minutes of the restart.

Juan Ferrando decided to look to his bench for some impetus, but that decision came with troubles of its own.

Mohamed Ali came on for his first piece of action, and off his first touch, handed Persepolis a fourth as he failed to clear inside his own penalty area, and Kamal Kamyabinia was on hand to smash home in the 58th minute and pile on the misery for the hosts.

Naveen Kumar did make a couple of decent stops as the half went on, but the Iranian giants continued the pressure as they hit the post via a header from Mehdi Mehdikhani in the 73rd minute and enjoyed the luxury of replacing several of their top players to keep them fresh for future matches.

In terms of positives, Makan Chothe looked lively as he got some minutes under his belt, and Jorge Ortiz managed a shot on target deep into stoppage time, but Persepolis dominated throughout and saw the game out to take home three points for the fourth game running in the AFC Champions League.

FC Goa will hope for a better performance as they get ready to take on Al Rayyan on Monday, 26th April. That game is slated for a 10:30 PM kick off.