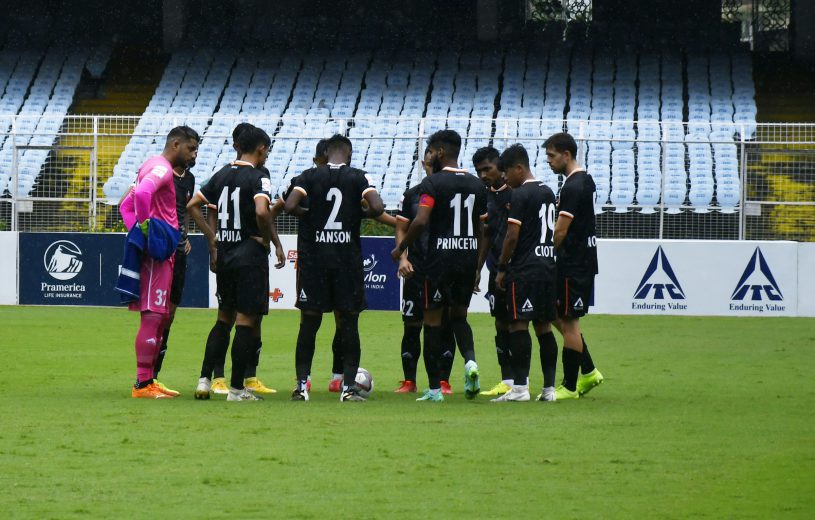 In another high octane encounter on Monday, September 13, 2021, FC Goa will take on Sudeva Delhi FC in a Group B match of the 130th Durand Cup. The match will be played at the Vivekananda Yubabharati Krirangan (VYBK) from 3:00 PM IST. It will be streamed LIVE on the addatimes app.

ISL side FC Goa begun their Durand Cup campaign with a hard-earned 2-0 victory over regimental side Army Green Football Team and a win tomorrow will cement their place in the quarter finals whereas Sudeva Delhi FC will look to earn their first 3 points and stay afloat in the tournament.

Speaking ahead of the game, Sudeva Delhi Head Coach, Chencho Dorji shared his thoughts and said, “Well, for us every team is a strong opponent. But as for FC Goa they are an experienced side and have foreign players with great experience. Our aim is to give our best and ensure we win. Looking forward to a great match. We don’t have any special plans, but just want to enjoy the game.”

FC Goa Head Coach Juan Ferrando Fenoll too spoke about this important match. He said, “The truth is that we are not thinking about the next round, we are thinking about playing against Sudeva. Sudeva will be a difficult team to play against, it is a professional team. For us, it is important to put attention for 90 mins, try to do a good game and earn 3 points. This is our target.” He also added, “Tomorrow will be more difficult. Sudeva lost the last game by only 1-0. They have very good players and are a good team. They have pressure to get their first three points and hence will be more difficult.”