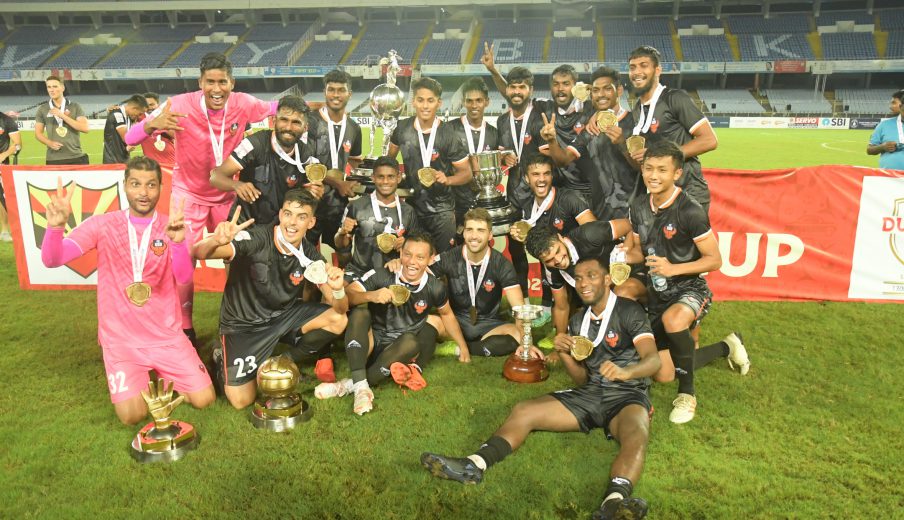 The 130th Durand Cup came to its climactic culmination today at the VYBK Stadium in Kolkata with FC Goa being crowned champions for the first time in Durand’s history.

The Gaurs defeated Mohammedan Sporting Club by a scoreline of 1-0 owing to a set-piece goal scored by the Captain of FC Goa and Man of the Match, Eduardo Bedia in the 105th minute in the extra time. The Durand crown also marked Coach, Juan Ferrando Fenoll’s first-ever trophy on Indian Soil.

FC Goa along with two rolling trophies of the Durand Cup and the Shimla Trophy was also awarded the President’s Cup for permanent keeping.

The final kicked off on a lively note in front of 34,000+ spectators with both Mohammedan Sporting and FC Goa both going on the attack from the word go. The first shot of the match came from Marcus Joseph in the third minute but it was wayward. Soon after, FC Goa created a chance but a mix-up between Nemil and Romario in the box led to an easy save for the Mohammedan SC keeper.

The match was slowly starting to open up now, as chances were being created more often but none of them was being converted. A sudden moment of uproar came at the VYBK in the 35th minute when a shot from Milan Singh went flying into the goal from a distance but a foul was called by the referee just before the shot was taken and the disappointment of the crowd was clearly visible. For FC Goa, Romario had the best chance of the half when the defence was completely foxed by a cross from Sanson Pereira from the left flank but Romario sent the shot wide of the goal post. 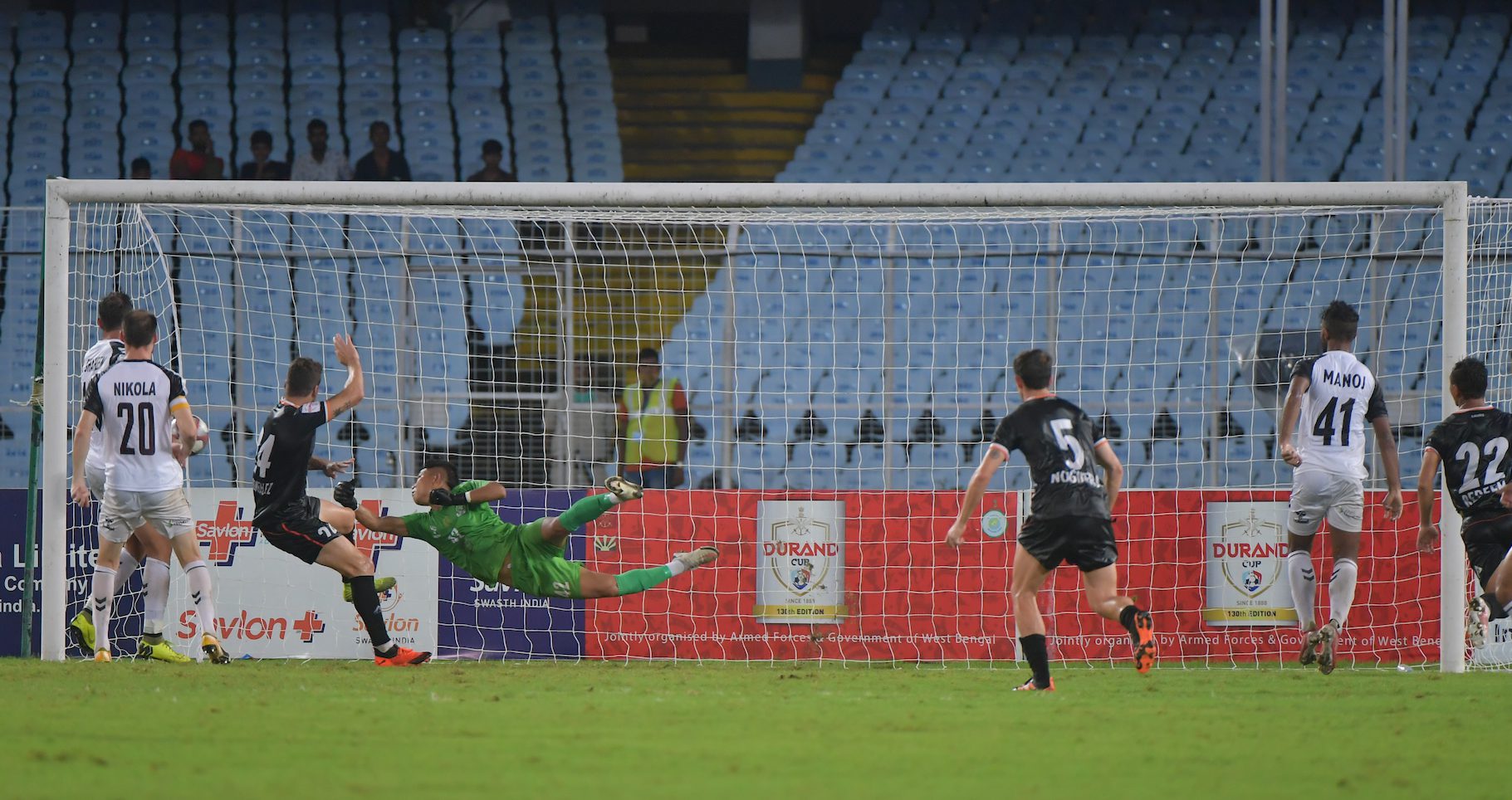 A Desperate Dive in Vain

The second half saw FC Goa dominating possession but the same wasn’t resulting in concrete chances as they were losing the ball far too easily in the final third. The last few minutes saw some moments of excitement. Mohammedan made some good runs down the left flank in the last 5 minutes but again failed to make them count. In the injury time, Redeem Tlang came close to scoring the first goal but the angle was too steep and the ball went across the face of the goal. With scores tied at 0-0 at the end of the regulation time, the final went into extra time.

While the first half of the extra-time was seeming that it will end goalless yet again, it was the magician from FC Goa, Eduardo Bedia who came up with the goods. The FC Goa captain scored from a fantastic free-kick awarded just outside the Mohammedan box in the 105th minute owing to a foul by Milan Singh.

Though Mohammedan was desperate for a goal in the second half of the extra time but they seemed out of sorts much like their performance in the regulation time. It seemed that FC Goa will have no issue sealing the deal but a moment of scare came for the Gaurs with just 2 minutes to go in extra time as a Nikola Stojanovic shot from distance demanded a flying save from the FC Goa Keeper Naveen Kumar.

The match finally ended with FC Goa being crowned the champions of the 130th Durand Cup for the first time defeating Mohammedan Sporting Club by 1-0. 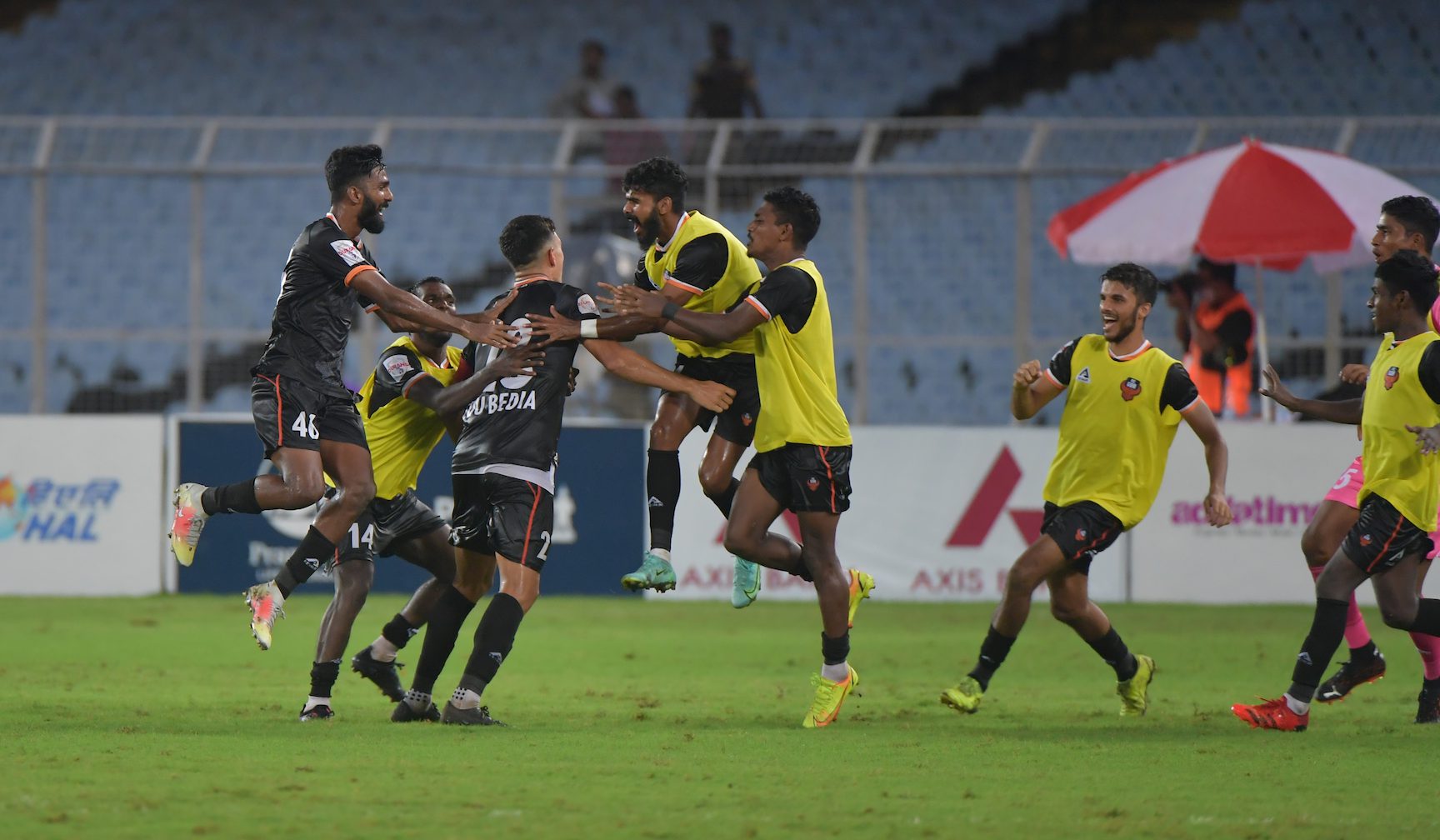 A host of awards were also given to the players and the teams who participated in the 130th Durand Cup. The awards are as follows:

NLWS FC to hold trials for MDFA 3rd division
We will be playing a style that brings us results: Igor Stimac