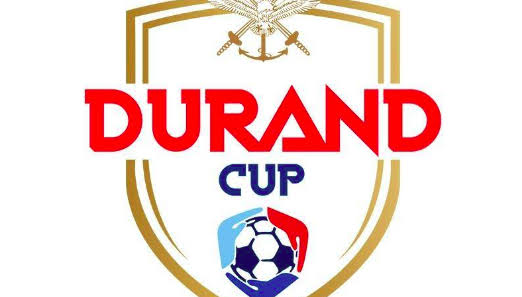 KOLKATA, SEPTEMBER 04, 2021: The 130th edition of the oldest club football tournament in Asia – The Durand Cup, is finally upon us and set to commence on Sunday, September 05 featuring a blockbuster Group A clash between the Indian Air Force football team and Kolkata giant Mohammedan Sporting Club. The match is slated for a 4:15 pm kick-off at the Vivekananda Yubabharati Krirangan (VYBK), which can also be streamed live on the addatimes app and website.

The curtain-raiser of the tournament will be preceded by an opening ceremony, which will be graced by the presence of the Hon’ble Chief Minister of West Bengal, Ms. Mamata Banerjee.

Mohammedan SC – the first civilian club to win the Durand Cup in 1940, are the sole flag-bearers of Kolkata football in this year’s tournament. Naturally, the grand old club will have incredible backing from a tremendously passionate fan-base from all over the city. As a result, expectations will be sky high.

The Black Panthers’Head Coach, Andrey Chernyshovis no stranger to pressure, having managed the Russian U21 and men’s senior football team (as assistant coach) from the dugouts. Now one of Mohammedan’s own, the head coach addressed how his side will be coping with the weight of expectations.

“There is pressure in every game and every tournament.  The fans and the club’s management expect victories from us.  We talk a lot about this with the players and they are ready for it”, he said.

The Indian football season is a long and taxing one. However for coach Chernyshov, the Durand Cup is priority number one at the moment.

“We trained well during the preparatory period and played a lot.  We have gathered a lot of good players who create a strong team.  We do not think about the whole season, we always think about the game that awaits us,” he added.

Speaking on how his side have been preparing, he further said, “We are happy with the conditions that we have.  The training is going well.  We want to show good combination football.”

He said, “We are very excited about the Durand Cup. We love the tournament. It is so very special to the armed forces. Preparations are going well. It’s a dream come true for us to be a part of this historic cup.

“Our players will be getting a very good platform to showcase themselves against top ISL and I-League sides, they are all very excited.”

Weighing in on their heavyweight opponents for Sunday, Coach Darshan added, “Mohammedan are one of the oldest clubs in India. Their name itself carries so much weight and history. They have also done very well recently, so we know that we are up against formidable opposition.

On whether his team can keep up with the top ISL and I-League teams, he concluded by saying, “Our team is a combination of youngsters and seniors. Our advantage is physical fitness. It is an integral part that could give us the edge. Apart from that, we will fight till the final whistle and give it our very best shot”.

“Football is all about decision making”, says Lemon Break FC coach Raj Shekhar
With no practice pitch, India take on Nepal in the 2nd FIFA Friendly