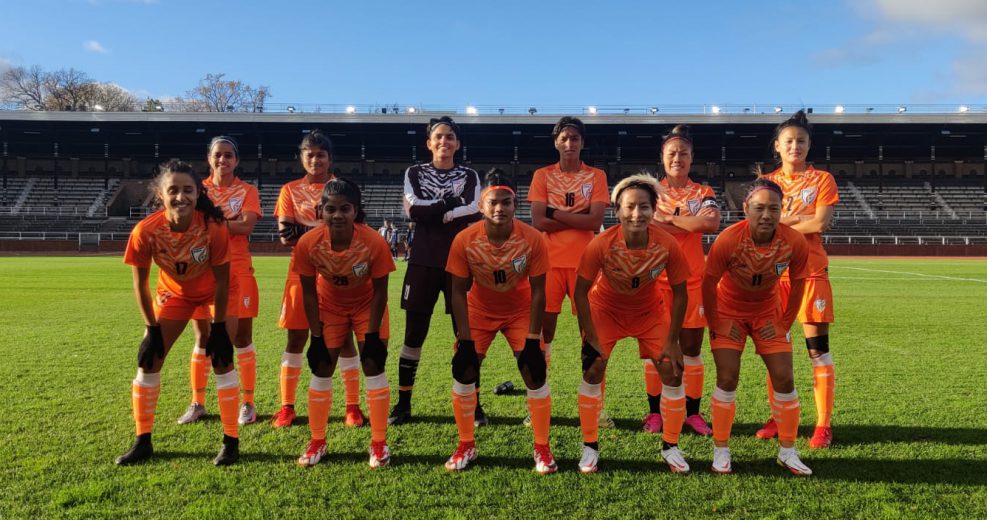 India women’s team went down against Swedish side Djurgarden IF by a slender goal in the second friendly fixture hosted in the Scandinavian country, on Saturday, October 23 at the Stockholm Stadium.

Djurgarden forward Fanny’s goal (45′) earned them a hard-fought victory against the Indian eves at the Stockholm Stadium.

Coach Thomas Dennerby handed Shreya the gloves. He started with a 4-3-3 line-up with Manisha and Dangmei Grace on the flanks to support Pyari at the heart of the attack.

The Swedish outfit could have opened the scoring as early as the third minute, only to have been denied by Shreya. Ten minutes later, Anju’s long-curling corner was met by Ashalata at the far post but the opposition goalkeeper made a well-timed save.

Shreya was at the thick of the action once again before the half-hour mark when she denied Engolo from scoring the opening goal. Sanju rolled it in for Grace but her effort was anticipated by goalkeeper Kelsey well in time.

At the dying embers of the first half, Fanny scored the first goal, the eventual winning one, to hand them a crucial lead. Dennerby made three changes after the change-over, throwing in Michel Castanha, Sumati Kumari and Ranjana Chanu instead of Dalima Chhibber, Grace and Astam Oraon respectively.

The changes could have paid early dividends to India but Sumati’s cross missed the target by a whisker in the 63rd minute.

Ranjana made another crucial save 15 minutes from the end of regulation time. Manisha made an audacious effort in the added time only to see the shot fly over the crossbar. One minute later, Indumathi’s free-kick could have dealt better but Ranjana’s effort missed the target.

The referee brought the game to an end with Djurgarden taking the narrow win in India’s last match in Sweden. The squad will now return to India on October 25, before resuming their training for the AFC Asian Cup, which will take place next year.