Gyamar Nikum, the Rajasthan United FC player from Itanagar, Arunachal Pradesh has become one of the youngest players to make his debut in Hero I-League Qualifiers.

He played his first match in the final round against Madan Maharaj FC. The final match of the Hero I – League Qualifiers will be played between Kenkre and Rajasthan United FC on Saturday, 23th of October 2021  at 1500 hours.

Gyamar Nikum is one of the youngest players in the history of Hero I-League Qualifiers. He caught the attention of coach Mr. Vikrant Sharma during the pre-season in Bhilwara, Rajasthan and since then there is no looking back for him.

Mr. Sharma was really impressed by his natural speed and shooting power at such young age. The coach truly believes that Nikum has the potential to become a pro player and will definitely impress the scouts during the qualifiers as and when the opportunity comes. He has been there with the team since day one, from the preseason at Goa to now in the secure bio bubble at Bangalore.

He was scouted by RUFC during the BC Roy trophy where his performance was outstanding and so RUFC offered him a scholarship seat at its Residential Football School based in Bhilwara, Rajasthan. RUFC’s Residential Program is intended for all players between the ages of 8 and 18 years who aspire to reach their full potential. A full-time team of professional  Indian and International Coaches, working under dedicated departments for Performance  Analysis, Goalkeeper Coaching, Player Recruitment, Medical, and Sport Science/Strength &  Conditioning to support the players’ development as individuals and as football players in a professional environment. 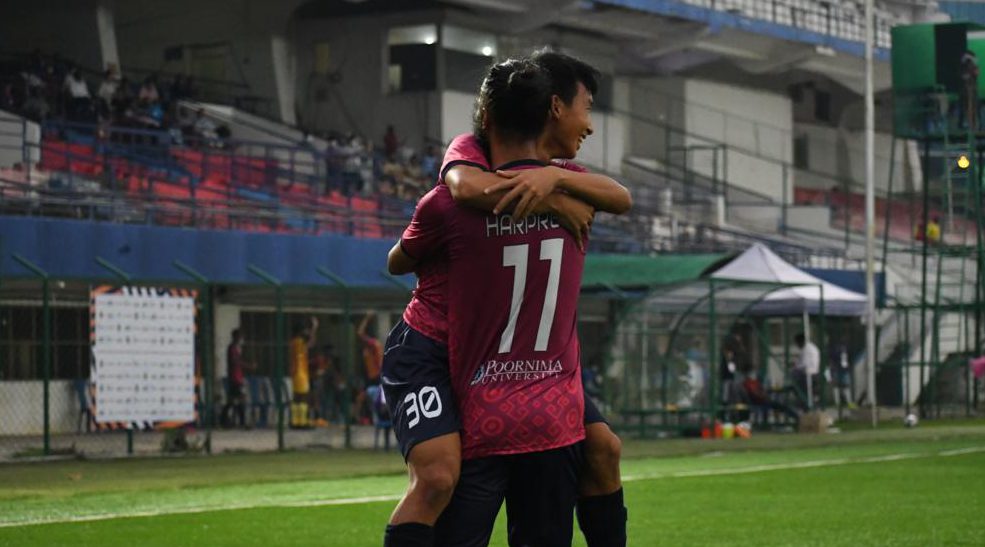 The program has a minimum of 10 sessions per week which includes practical and theoretical sessions and largely focuses on Technique, Tactic, Physic and Psychological development of the players.

For Nikum, it has been a dream come true. He is learning every day from the coaching staff and teammates. Being the youngest player in the squad, everyone is fond of him. It is a new beginning to his football carrier and he wants to make the best out of this opportunity by contributing not only on the field but also off it.

Co-founder of Rajasthan United FC, Mr. Rajat Mishra said “I am extremely happy and feel proud that our youth team player caught the eyes of the coach and got shortlisted for the Hero I-League qualifiers, I wish him and the team good luck and really looking forward to it”.

“It is our aim to provide every opportunity to these young players so that they improve early and bring a professional approach to their everyday program. I am really proud of Nikum and want other youth players to keep working hard said Mr. Kamal Saroha, The Founder of Rajasthan United FC.