Coach Dennerby names squad of 23 for tour to Brazil 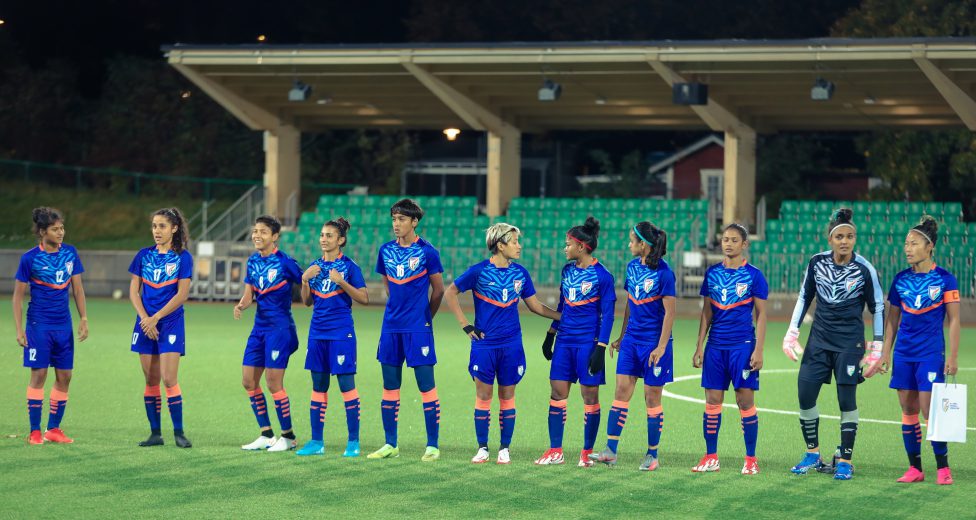 Indian Women’s Team head coach Thomas Dennerby announced a squad of 23 players that will travel to Manaus, Brazil, to play in a four-nation tournament, where they will play against Brazil, Chile, and Venezuela.

With the team set to depart on Saturday, November 20, 2021, Dennerby stated that all three matches will be tough as they are against “extremely technical” sides.

“Brazil are a really good team. No other team, since I have arrived, has tested our defence as much as Brazil will do next week,” said Dennerby. “In the second game, Chile is another extremely technical side, but with all the hard work we have been doing, we have also raised our levels. The game against Venezuela will also be a particularly tough one for us,” the coach averred.

The Indian Women’s Team, who are ranked 57 on the FIFA World Rankings, will face off against World No. 7 Brazil on November 25, Chile (World No. 37) on November 28, and Venezuela (World No. 56) on December 1. The Confederação Brasileira de Desportos (CBF) has already named the full squad for Brazil, which also contains legends of the game like Marta da Silva and Formiga Mota.

Dennerby believes that both the veteran Brazilians are brilliant role models for footballers worldwide and that the Indian players are looking forward to playing against them.

“They have a very good squad with stars like Marta and Formiga. The girls are all looking forward to it. It’s the first time that they will play a team of such stature, and it will be a good experience for them all,” Dennerby stated.

“For sure, when we meet them, we need to thank them for being the role models for football that they have been. They have shown that you don’t need to quit football when you are 30-31. It’s all about performance and keeps playing as long as you can. They are super good role models.”

While the Indian Women’s Team will face some difficult opponents, the players will approach the matches with no fear.

“I always tell the girls to show respect for all the opponents. They may be ranked number one in the world or number 105, but we need to show everyone their due respect,” stated Dennerby. “But of course, I also tell them to never fear any opponent, regardless of their rank. Of course, the Brazil game will be much tougher than the Venezuela one, but we play hard in both of them.”

The squad of 23 is as follows:

State Bank India (SBI) and Jamshedpur Football Club (JFC) enter into a partnership for promoting football in the country
Indian Women’s Team stars Sanju, Indumathi interact with fans before setting off for Brazil