Churchill Brothers, who have been on the top of the table for the first three rounds of the Hero I-League, would look to consolidate their position at the peak, when the Goan outfit faces-off against Sudeva Delhi FC at the Mohun Bagan Ground in Kolkata, West Bengal on Monday, January 25, 2021. The kick-off is slated for 2 PM IST and the match will be streamed live on the 1Sports Facebook page.

With Mohammedan SC and Real Kashmir dropping points in the last match week, Churchill Brothers extended their lead at the top to two points. And if results go Churchill’s way, the Goan club could go five points clear of the second-placed team.

Speaking at the official pre-match press conference, head coach Fernando Varela said, “We play to win each match and tomorrow (Monday) will be no different. We will aim to extend our lead and hope that other results go our way. We showed great determination in our last win against RoundGlass Punjab FC and we have to keep that momentum going.”

“We will play to our strengths and we will look to dominate in the attacking third of the pitch. We have created a lot of chances and that is something which we would like to continue,” he added. “Sudeva Delhi are a decent team and they have a young squad that can keep us on our toes. However, we are confident of our abilities and experience and would aim nothing less than a win.”

Striker Luka Majcen, who has scored twice in the league so far, said, “As a striker, you would like to score in every game, but the important thing is that we get a win, even if I don’t score. We are on top of the table and if we continue to play like this, we can go a long way in the league.” 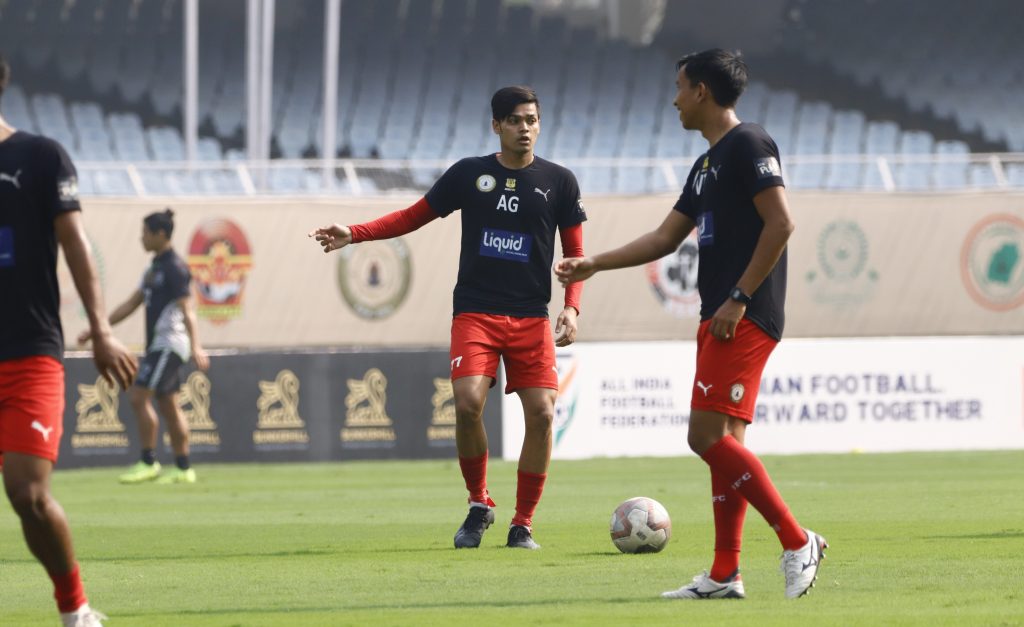 After holding title contenders Real Kashmir FC to a 1-1 draw in their last match, Sudeva Delhi FC climbed up the league table to fourth place. Taking inspiration from the draw, Chencho Dorji’s team looks to yet again upset the big boys of the Hero I-League.

Speaking at the official pre-match virtual meet, assistant coach Pushpender Kundu said, “Churchill Brothers are a seasoned team and it will be a challenge against them. However, we will take inspiration from our last match against Real Kashmir where we could have won.”

“We played to the best of our abilities against them (Real Kashmir) and would look to replicate our performance against Churchill. We would like to have possession so we can play our football,” he added.

Midfielder Kean Lewis said, “We were a bit disappointed to get a draw in the last game but the fact that we are playing against the table-toppers is motivation in itself. We would like to push them to the limit and grab a win against them. We are looking to make a statement and a win against the league leaders would do that.”