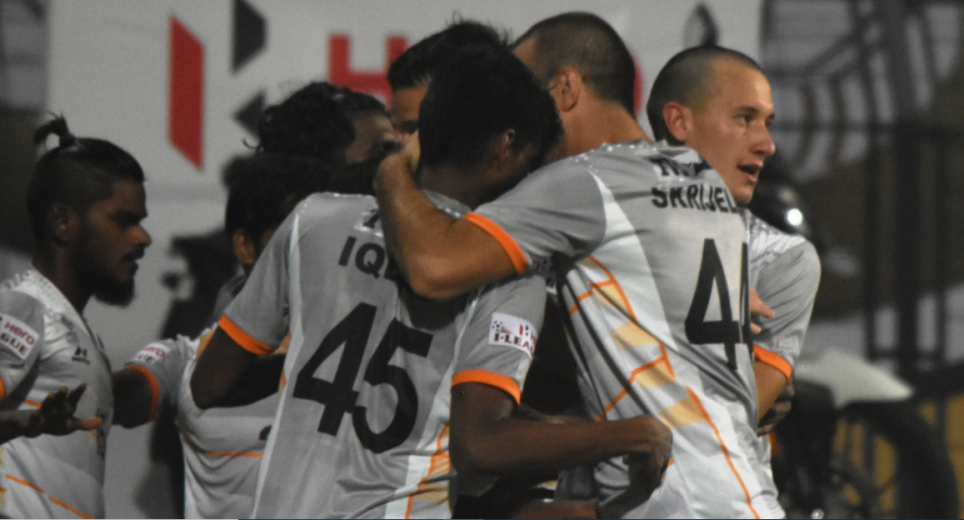 KALYANI: Chennai City FC defeated Gokulam Kerala FC 2-1 in the Southern Derby of the Hero I-League at the Kalyani Municipal Stadium in Kolkata, West Bengal today (January 09, 2021). In an end-to-end clash that was electric from the first minute to the very end, Vijay Naggapan’s 50th-minute strike proved to be the difference between the two sides after Gokulam Kerala’s 3rd-minute strike by Dennis Antwi was cancelled out by Elvedin Skrijelj’s 26th-minute penalty.

Gokulam Kerala FC wasted little time in formalities and got right into the thick of the action by taking the lead as early as the 3rd minute. A quick corner caught the Chennai City FC defence off-guard and finished with Dennis Antwi striking home from close range to hand the Malabarians the lead.

In frantic opening minutes which witnessed end-to-end action, Chennai City FC’s Singaporean signing Iqubal came close to bagging an equalizer from a freekick in the 8th minute. Shortly after, Philip Adjah could have found the net for Gokulam FC but shot wide of the target from outside of the box.

The pairing of Philip Adjah and Dennis Antwi proved a handful for the Chennai defenders as both Ghanaians searched to extend Gokulam’s lead. But in the 26th minute, Chennai City FC’s Serbian import Vladimir Molerovic was brought down inside the box. The other Serbian import for Chennai, Elvedin Skrijelj, scored from the spot to level scores.

It took Chennai City FC five minutes in the second half to find the net and take the lead. In the 50th minute, Vijay Naggapan played a delightful one-two with Demir Avdic to find the back of the net, as the scoreline read 2-1.

Vincent Barreto could have equalized the scores once again in the 55th minute when a wayward ball landed at his feet inside the box. Barreto, however, failed to find the net as Chennai City FC survived. Nine minutes later, Philip Adjah was put through on goal courtesy of a counter-attack, however, his outside of the boot shot was fisted aside by the goalkeeper.

Gokulam FC tried to find the equalizer but were held at bay time and again by the no-nonsense Chennai City defence which defended as a compact unit. Chennai City held on to their one-goal advantage and saw off the match, registering their first win of the Hero I-League.