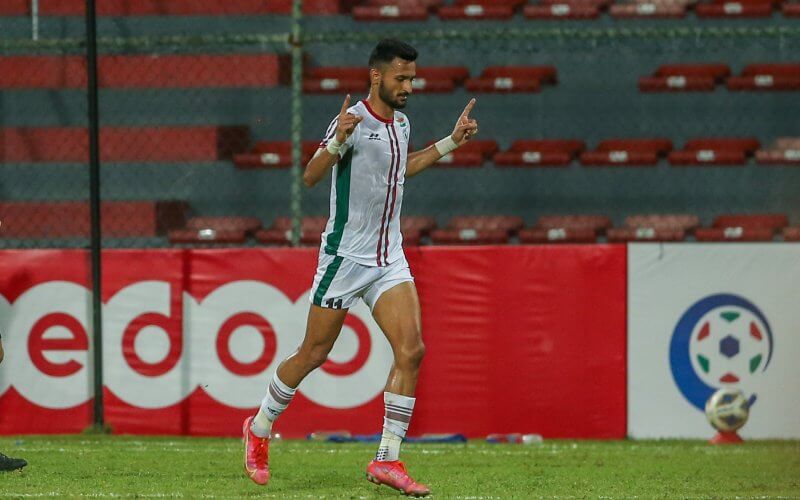 It’s the final Matchday of Group D of the AFC Cup 2021, where India’s ATK Mohun Bagan and Bengaluru FC will fight it out against Bashundhara Kings and Maziya Sports & Recreation, respectively, at the National Football Stadium in Male, Maldives, on Tuesday, August 24, 2021.

ATK Mohun Bagan have it all to play for in their final matchday of the group, against Bangladeshi outfit Bashundhara Kings, a match that kicks off at 4.30 PM IST. They have been perfect so far in their two games, earning six points, with five goals scored, and just a single goal conceded. The Mariners started their AFC Cup campaign against Bengaluru FC with a triumph. They repeated the same against Maziya Sports & Recreation as well, turning up the heat in the second half to defeat the side from the Maldives 3-1.

Going into their match against Bashundhara Kings, anything except a loss will guarantee ATKMB top spot in the group. While ATKMB’s striker Roy Krishna has been on fine form, scoring a goal each in both the matches, the Green and Maroons’ Indian contingent has kept up the pressure on their opposition, with Subhasish Bose, Liston Colaco and Manvir Singh also finding the net once each.

In the other match of the evening, Bengaluru FC will be playing for pride, as they square up against Maziya Sports & Recreation at 9.30 PM IST. The Blues currently stand on the third spot in Group D, with a solitary point to their name, which came from a stalemate against Bashundhara Kings. As only the top team qualifies for the Inter-Zone Playoff Semi-final, the side from the Karnataka capital cannot mathematically topple ATK Mohun Bagan, effectively ruling them out of the knockout stages.