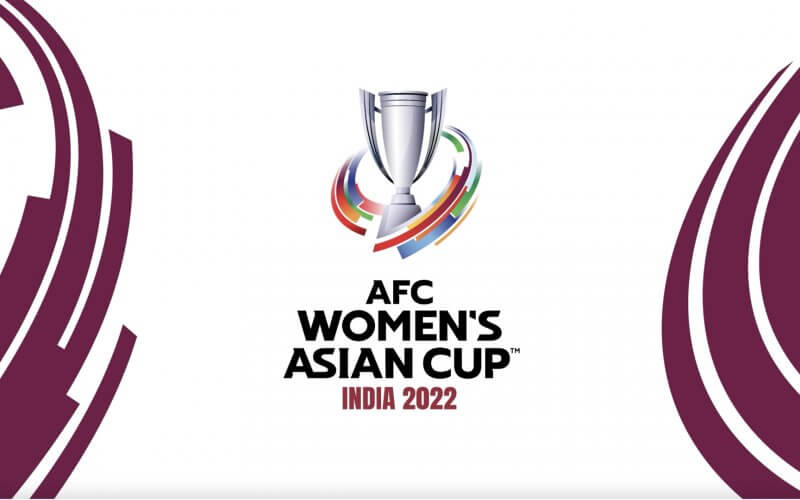 With six months to go to the Continent’s most prestigious women’s national team football competition, the Asian Football Confederation (AFC) and the AFC Women’s Asian Cup India 2022TM Local Organising Committee (LOC) have today launched the tournament logo of the upcoming edition, which will be held from January 20 to February 6 next year.

The 2022 edition will once again blaze a new trail in the development of the women’s game in Asia with an expanded 12 teams set to compete for Continental supremacy – four more than the last four editions – and will feature a newly-introduced Quarter-final stage for the first time in Asian women’s football history.

Creating an unmistakable connection between Asian football fans and the competition, the AFC Women’s Asian Cup India 2022TM logo has been adapted from the original logomark featuring the tournament’s distinctive trophy as the centerpiece, which was introduced at the last edition in Jordan 2018.

The concept of the ‘swirl’ surrounding the trophy was inspired by the national flags and colours of playing kits in Asia, and the iconic stadiums in which the AFC Women’s Asian Cup is played in and celebrates cultural diversity and the unwavering support and enthusiasm of fans for their national teams.

The premium finishing pays tribute to the AFC Women’s Asian Cup, which delivers the highest level of women’s football in the Continent while providing an unrivalled stage as the qualifying tournament for the FIFA Women’s World Cup.

In addition, local elements of the host Member Association have been infused into the India 2022 tournament specific logo. The maroon in the AFC Women’s Asian Cup India 2022 TM logo takes inspiration from the Warli artworks – a tribal art form mostly preserved by the tribal people from the Northern Sahyadri Ranges in India and in the host state of Maharashtra, where the hue of red and maroon often forms the base of the paintings.

Similarly, the silver in the logo is a testimony to the importance of silver jewellery in Indian households and the beauty and elegance of the precious metal.