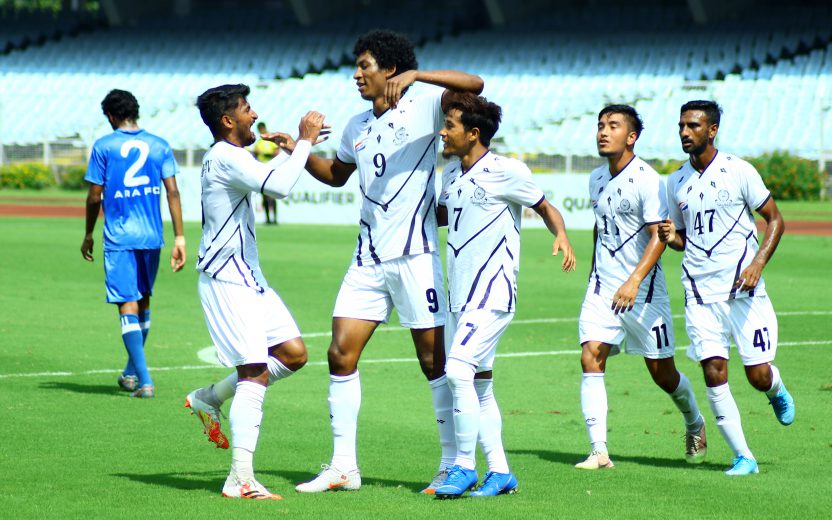 Mohammedan Sporting put their rusty opening performance in the Hero I-League Qualifiers 2020 behind them as they handed ARA FC a heavy 4-1 defeat at the YBK Stadium in Kolkata on Sunday.

The team from Ahmedabad, playing their first match of the tournament, found themselves finishing the first half with a three-goal deficit having had just 25% of the possession.

Ahead of the encounter, Mohammedan head coach Yan Law had pointed out that ARA FC had a slight advantage with the opportunity to watch and analyse their performance in their 1-0 win over Garhwal FC, but added that his side “also have a few tricks up their sleeves.”

Law made six changes to his starting line-up and his team got off to a brilliant start with Trinidadian striker Willis Plaza constantly finding himself in dangerous positions. Plaza had a golden opportunity to open the scoring in the 2nd minute as a corner was deflected straight towards him at the far post, but the striker pulled his shot wide.

He wasn’t going to miss twice though, as he broke the deadlock soon after in the 13th minute. Vanlalbiaa Chhangte sparked off the move, getting past his marker down the right flank and sending a pinpoint cross for Plaza to finish with a powerful, low shot past the keeper.

Iprotip Das in the ARA FC goal was tested again, just two minutes later, but this time the keeper pulled off a brilliant double-save to keep out Hira Mondal’s initial effort and Plaza’s follow-up strike.

Meanwhile, Chhangte was once again at the heart of the attack, creating the second goal, this time with a deep cross finding Mondal on the left flank. Mondal played a delightful ball back across goal for 21-year-old Nepali striker Abhishek Rijal, making his Mohammedan debut, to finish from close range.

ARA FC found a little rhythm after the first-half cooling break but were unable to breach the Black Panthers’ defence despite good build-up play in midfield. However, they still had no answers to Chhangte’s threatening runs as the winger raced in from the right but only found the side-netting in the 36th minute.

Just on the cusp of half-time, Rijal sparked off a brilliant team move with a hard tackle on the left flank and continued his run into the box, taking the ball off the feet of Chhangte to bury it past the keeper and give his team a 3-0 lead. 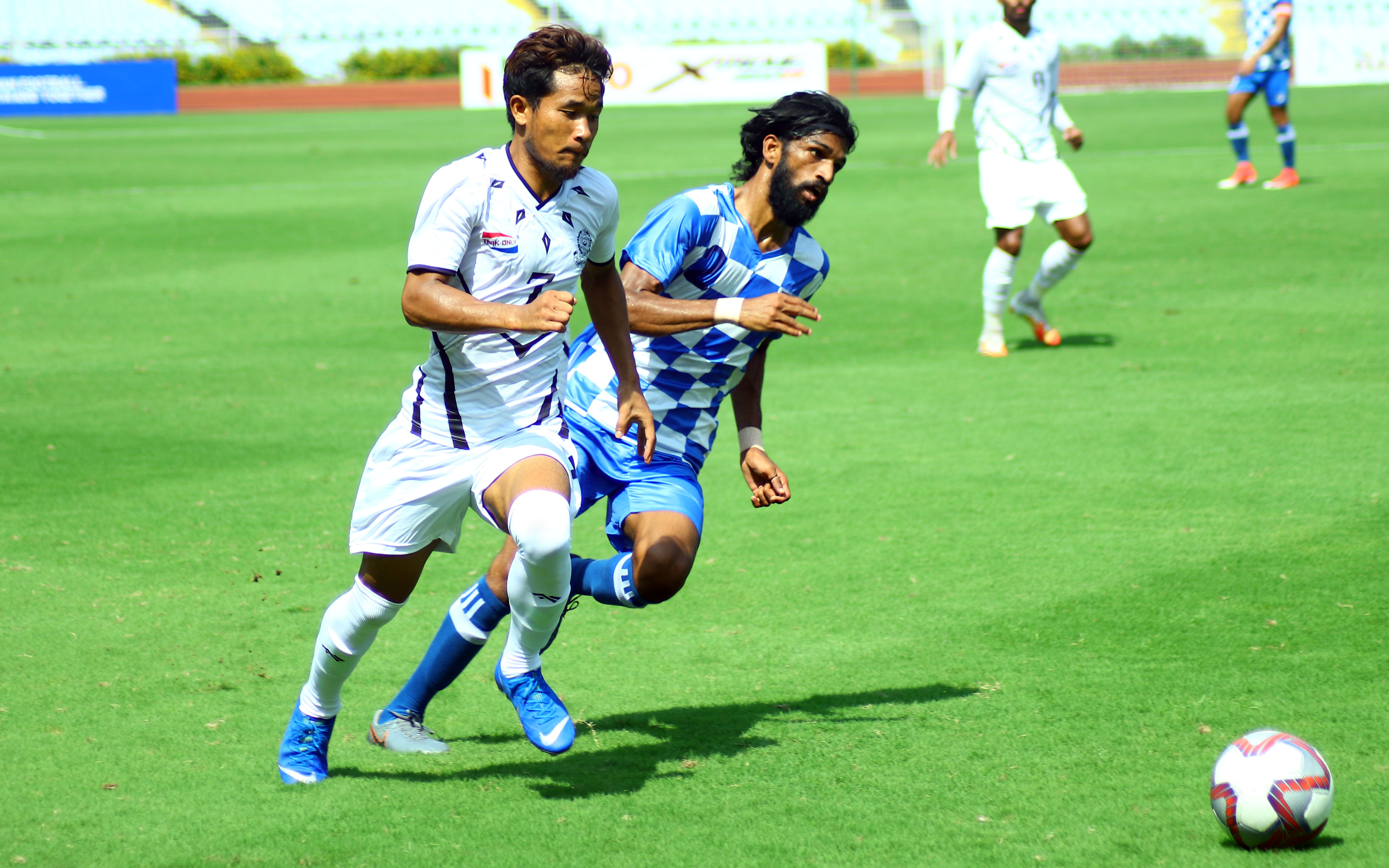 It was a dominant performance from the Black Panthers, with 10 attempts in the first half compared to just two shots from ARA FC.

The team from Ahmedabad made a double change at half-time with Sreekuttan VS and Royal Wasker replacing Alber Gonsalves and Manoj Kannan. The move helped ARA FC get off to a bright start with MDSP keeper Priyant Singh immediately called into action to punch clear a dangerous cross, directed at Nigerian striker Stanley Eze.

Sreekuttan justified his inclusion in the 54th minute, picking up the ball inside his own half and driving forward before sending across a dangerous through-ball which MDSP defender Saiful Rahman could only deflect into his own goal.

The goal sparked The Black Panthers back to life as Rijal, looking to complete his hat-trick, tried to catch the keeper off his line with an ambitious and well-struck chip from the centre circle but the ARA keeper did well to tip it over the crossbar.

ARA FC failed to create any more chances and Mohammedan capped off a dominant performance with a fourth strike in the 89th minute. This time it was SK Faiaz who was sent through on goal by a through-ball from substitute Shamsad Ali. Faiaz cooly slotted past the onrushing keeper to restore his side’s three-goal advantage.

Speaking after the game, Mohammedan head coach Law said, “After last game’s performance, we had to go back to the drawing board and again mix and match. But I think my team is good, my bench is good and I feel that every player in my team is a Starting XI player and given those circumstances, we went for a different line-up and I think it did well for us”

Reflecting on his team’s effort, ARA FC head coach Vivek Nagul said, “As a coach, there are many areas to look into. We should have stopped the ball from the flanks as they played from the winger and the ball came through. There we could’ve done better. Fitness level wise, we noticed that we are lacking, although our players were running not falling down.”

With this result, Mohammedan Sporting now have six points out of six after their first two games, with two more to go. Meanwhile, ARA FC are yet to open their account after this game’s defeat but they still have three matches more to play.

Acceptance of mental difficulties a big step for Indian football, states Gouramangi Singh
Debutants Bengaluru United battle it out against Garhwal to earn three points in a hard fought 1-0 victory