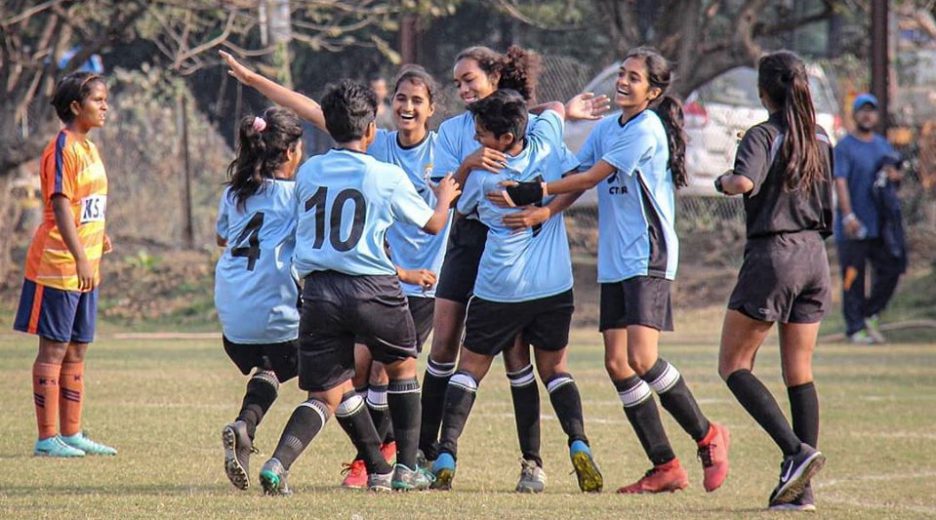 A feisty Semi-Final came to a conclusion seeing Mumbai and Pune head to the grand finale of the WIFA Inter-District Sub Junior Girls Football Championship.

A robust Pune outfit overcame a sturdy Kolhapur side by beating the latter on penalties. The game kicked off to see Pune break the deadlock through Kajol D’Souza’s attempt at the 10th minute. Her only goal was the difference between both sides at the end of the first half. As the second half commenced, Kolhapur fought back as Sakshi whipped the net at the 30th minute. The final whistle of the game headed the game on to the penalties. In the penalty shootout contest, Pune girls successfully scored through Urvi Salunkhe, Kajol, Sapna Rajpure and Puja Gupta, while Kolhapur could only convert two with Ramya Shantiprasad and Rajnandini Bholte scoring from the ‘spot’. Vaishnavi Dombale and Muskan Athar failed to score.

Jahnavi Shetty, who later in the game got stretchered off due to a major knee injury, played the lead role in Mumbai’s triumph over Buldhana. Jahnavi broke the deadlock for Mumbai at the 18th minute. Replying to her goal, Buldhana scored immediately through Sakshi Hiwale’s strike. Soon enough, Mumbai managed to regain their lead.  Gaining a penalty at the 28th minute, team Mumbai’s captain Bhumika Mane made no mistake to trick the opposition goalkeeper from the penalty. At the end of the first half, Buldhana trailed by a goal against Mumbai. Jahnavi scored a brace and ensured Mumbai a comfortable lead as the second half began. However, Buldhana’s reliable defender, Aishwarya Bhonde scored a screamer at the later minutes of the match from outside the box  to keep their hopes alive. Eventually, Mumbai got the better off Buldhana booking the tickets into the finals.

Team Mumbai is slated to play Pune from 10:00 AM on 11th of January at the TVM Ground, Palghar.