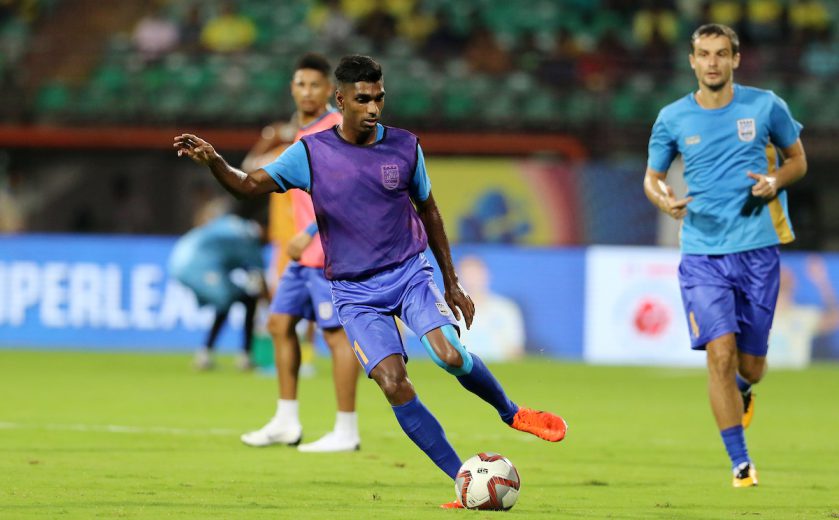 Odisha FC will leave nothing to chance as they battle with Mumbai City FC, possibly their most direct competitors for the play-off spot in the Hero Indian Super League, at the Kalinga Stadium here on Saturday.

After starting the season with away fixtures and then playing a couple in Pune as their home stadium was getting ready, Josep Gombau’s team have notched two home wins in a row at the Kalinga Stadium. They edged Jamshedpur 2-1 before defeating Chennaiyin 2-0 in their last outing.

Mumbai City’s three-game winning run was brought to a halt as they suffered a defeat at the hands of an in-form ATK side in their last game. They have lost only once in their last seven fixtures and this run of form has seen them climb to the fourth spot with 16 points from 11 matches.

Odisha have been inconsistent and have not been able to find a rhythm yet, but are not far behind, at fifth with 15 points. They have looked brilliant at times, playing attractive football, but have been found wanting at the back. Aridane Santana scored a brace as Odisha defeated Mumbai 4-2 away from home earlier this season.

Ahead of the reverse fixture, Gombau felt that being able to play at their home ground, in front of their supporters, should give the players extra motivation to do well.

“It is a very important game for us. It is a six-point game, it is for the top four. Tomorrow (Saturday) two-thirds of the league will be over.  We are confident, we are working hard. The boys are hungry and I think we can do a good job.

“I think for a long time we did not play home games. We played 10 games away. Then to come here and get the support of the people here is great. Finally, we are playing at home and it is extra motivation. We are happy to be here,” said Gombau.

Mumbai assistant coach Marco Leite believes it is important to focus on themselves more than their opponents and is confident that they can do a good job against a top-four rival.

“They have a very good team. They do simple things but very effectively. They have players that can unbalance the matches but so do we. They have their weapons and we have ours. They have quality players, both foreigners and Indian, but we are not concerned specifically about any player but the entire team,” said Leite.

The Indian players of Odisha, Vinit Rai and Jerry Mawihmingthanga in particular, have been stand-out performers, with the latter scoring two goals and registering four assists from the wings. Aridane has been very effective in the attacking third and has six goals and an assist to his name. Add Xisco Hernandez’ technique to the midfield and Odisha have a side that can take full control of a game.

The injury to Paulo Machado is a huge setback for the visitors as he is a key player in midfield. However, in-form striker Amine Chermiti and last season’s top scorer Modou Sougou, who recently scored a brace to break his duck, will look to feed off crosses from the likes of Diego Carlos who has threatened from wide areas.

Mumbai have crossed the most in the league so far and only ATK and FC Goa have netted more goals, which sets up for an even yet exciting contest in Bhubaneswar.

Also Read: FC Goa’s Coro is the ISL ‘Hero of the Month’ for December