The history behind “Mohun Bagan Day” 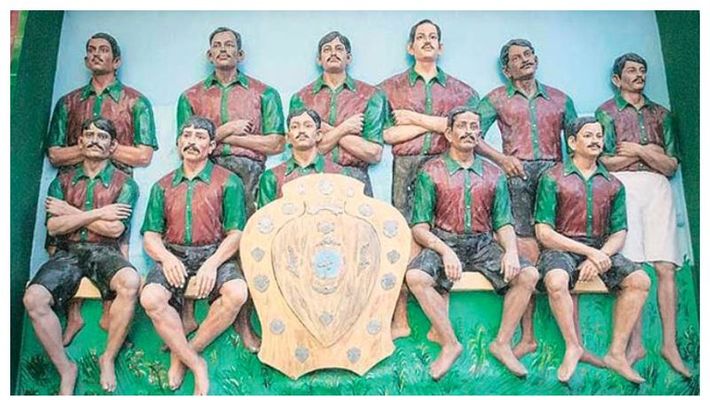 As fans from all over the world gathered to celebrate the historic date, let us take a trip down the memory lane to reminisce what signifies the ‘Mohun Bagan Day’.

🤩 When you make a billboard of skyscraping prestige & dazzling beauty at @TimesSquareNYC, you know you have become way more than just a club 👏

Football in the country dates back to the nineteenth century. The British soldiers were the primary initiators who introduced us to the beautiful game. During the early days, football was only practised and performed among the army teams. Gradually, it started spreading among the masses. The credit of which mostly goes to Mr Nagendra Prasad Sarbhadikari. He is well regarded as the Father of Indian football. Nagendra’s famous role of initiating football to the teenagers of Calcutta, starting from Hare School did the magic. He used to watch the army teams performing at the Calcutta Maidan. To his ambition, he took the role of spreading the game to masses. 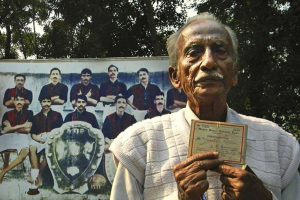 Soon, other clubs like Mohun Bagan, Sovabajar and the Aryan Club came into existence. Calcutta became the hub of Indian football. As per the records, the first-ever game on Indian soil was played between ‘Calcutta Club of Civilians’ and the ‘Gentlemen of Barrackpore’ in 1854.

The rejoiceful years of Indian football date back to the early 1900s. On 29th of July, 1911, Mohun Bagan reached the final of the coveted IFA Shield to lock horns against East Yorkshire Regiment. One rupee tickets sold for fifteen. The crowd thronged into the Eden Gardens, and many flocked outside it. Kites were flown from the stadium so that the ones awaiting outside can keep a track of the scoreline. With less than ten minutes of regulation time, the ball found the back of the net through Abhilash Ghosh’s strike. For the first time in history, an Indian football club defeated a British outfit in an important game. 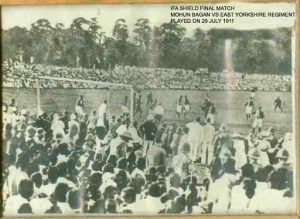 A barefooted Mohun Bagan side got the better of East Yorkshire Regiment. The match ended seeing Mohun Bagan win by a scoreline of 2-1. Since then, the 11 players are known as the “The Immortal Eleven”. The win is regarded as one of the best sporting victories of India.

After this win, Mohun Bagan was regarded as the National Club of the nation. The victory is regarded as a nationalist symbol for the fight against British rule. Today, we completed 109 years of the historic triumph!